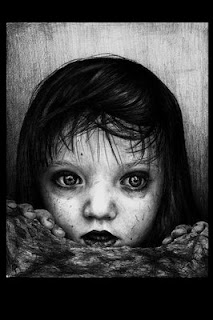 Via the Carpetbagger Report, via Kevin Drum (link on the right), here’s Trett Lott, stalwart Defender of the Realm and Fear Monger Extraordinaire.

Without mentioning a specific threat to the Capitol, Senate Minority Whip Trent Lott (R-Miss.) ominously advised Thursday that Congress needed to pass changes to terrorist surveillance laws before leaving for the August recess and warned that otherwise “the disaster could be on our doorstep.”

When asked if people should leave Washington, D.C., during the month of August, Lott responded, “I think it would be good to leave town in August, and it would probably be good to stay out until September the 12th.”


These people are so ridiculous and infuriating at the same time. Yes, we need to be vigilant and take the appropriate precautions against people who are indeed out there and desire to do us harm. But this is totally incomprehensible that Republicans would knowingly and willingly try to scare the holy crap out of the American public just to score some minor political point that absolutely no one will remember three weeks from now. However, the cumulative effect of all this fear mongering is to make sure that there will be very many skeptical people when a true danger comes along. Have people like Bush and Lott never read “The Boy Who Cried Wolf?”

Lott makes me ashamed I ever lived in Mississippi.

Update: Well, the Senate has capitulated to Bush and passed an "updated" FISA law, which is what Lott and others were threatening everyone over. If that had not been passed, according to them, we would have been attacked this summer. And the Dems went along. I haven't seen the final bill, but if it is what was being proposed earlier, we now have Alberto Gonzales as the sole arbiter of whether or not wiretapping is appropriate or not. And we all know how good HIS judgement is, since he O.K. torture at Abu Graib and Gitmo, and announced to the world that he "does not read all the memos" he signs during the hearings about the U.S. Attorney firings. So, someone with judgement skills that would probably embarrass a 6 month old puppy, even if he reads what he is signing, is now in charge of giving the president whatever he wants. That's great. Wonderful.
Posted by zeppo at 10:01 AM