The dark soul of the extreme right. 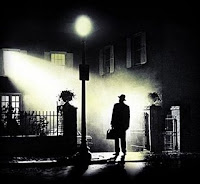 The amount of anger and hatred coming from conservatives these days is truly frightening. Digby, who normally posts at Hullabaloo, has a great post up at Campaign for America’s Future. She illustrates perfectly why I am so worried about the future of this country. The main point is that, as more and more people are rejecting the way of the Republican party and it’s extreme right wing, the angrier people are getting. There used to be social conventions and moral principles that people honored. Now, these restraints are no longer operative. The right thinks that they are free to say, and perhaps act upon (which is really what I find scary), anything they feel like saying. Here is a good example that Digby uses in her post. I am not sure if this was an e-mail or a handwritten note. Either way, it is beyond disturbing.

"You pathetic socialist pukes give me hope that one day the country will reach the frustration level necessary to take up arms and hunt you assholes down. I went to Viet Nam to kill communist and will kill them here if necessary. I can still part your idiotic hair with an M-16 at about 300 yards and I would find great satisfaction in having people like you in my sights... the time of tolerating you assholes is running out....so please keep it up...and a mountain is going to come down on your treasonous head and if there is a hell, it is reserved for stupid fucks like the writers and contributers to assholes like you..... I detest you...I am your enemy and WILL REMAIN your enemy....quit talking about the military...they consider you their enemy, and you don't deserve a military.... All you have is the trashcanisthan of the northeast...the fucking rust belt, and the third world of California.... you ain't got shit! You will lose again, and again and again, because your message is socialist bile....and that is ALL you are.... FUCK YOU!!!!!!!!!!!"

And this is what Digby says about it, which I totally agree with.


Clearly, people on the right are very, very angry right now and they are lashing out at their most hated enemies: Americans who disagree with them.

That is what I find so astounding and frightening about today’s society. Why is it that some people are so threatened by someone whose only sin is that they have a different opinion of things think it is acceptable to treat them as some inhuman species that is deserving of extermination? I find this absolutely incomprehensible that any, supposedly rational, adult would actually think this way.

Now, I am sure that some people will argue, “Oh, there are irrational people on both sides. There are plenty of angry liberals out there as well.” To which I would agree. But you know, I read a lot of liberal blogs. I have never, ever seen the amount of hatred and threatening language from anyone on the left as I see in this example. And I have seen plenty more like this. Commenters at the conservative blog “Little Green Footballs” are known to be quite outspoken in their desires. One common theme seems to be that their side has all the guns, so our side better be very, very careful about what we say. This is reflected in the above example. This guy wants, in words that I doubt he would use, a jihad against all liberals and other people who don’t think exactly like he does.

“One day the country will reach the frustration level necessary to take up arms and hunt you assholes down.” That is how at least a small minority of the right wing of this country feels. They would like to hunt us down and kill us.

Thank you, Rush Limbaugh, Bill O’Reilly, Michelle Malkin, Ann Coulter, Michael Savage, Glenn Beck, and hundreds of other blowhards with a public megaphone, for bringing the level of public discourse in this country to the gutter.
Posted by zeppo at 7:26 AM

Labels: government out of control, lying scumbags, media not going the job