The Power and Danger of Magical Thinking. 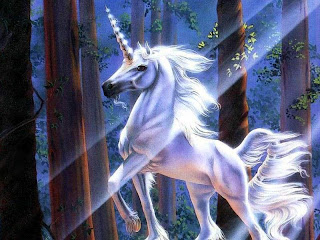 This link is to an article by Jennifer Nix on HuffingtonPost on Hillary Clinton’s Campaign of Magical Thinking. Go read that if you are interested in Hillary’s campaign meltdown, it’s a good article. I just like the phrase and started contemplating it a bit.

First off, what is “magical thinking”? Here is the Wiki definition.

In anthropology, psychology and cognitive science magical thinking is causal reasoning that often includes such ideas as the law of contagion, correlation equaling causation, the power of symbols and the ability of the mind to affect the physical world.

Like science, magic is concerned with causal relations, but unlike science, it does not distinguish correlation from causation. For example, someone who has won a shirt as a prize in a bowling competition may then come to believe this shirt is lucky. Such a person might well then wear the shirt to subsequent bowling competitions and attribute success to the `lucky' shirt, despite sustaining some tournament losses in addition to victories.

Magical thinking can occur when one simply does not understand possible causes, as illustrated by Sir Arthur C. Clarke's suggestion that "any sufficiently advanced technology is indistinguishable from magic" (see Clarke's three laws), but can also occur in response to situations that are largely random or chaotic, such as a coin toss, as well as in situations that one has little or no control over, especially those one is emotionally invested in. (Indeed, this can be seen as a special case of failure to understand possible causes: specifically, a failure to understand the laws of probability that guarantee the occurrence of coincidences and seeming patterns.)


Magical thinking is, for me, that mental process which allows anyone to rather ignore some very unhappy facts and, thus, comfort themselves by convincing themselves that things really aren’t that bleak after all, maybe there is hope. Politics, such as the Hillary Clinton campaign of late, is very fertile ground for magical thinking. But, people of all persuasions, age groups, income level, etc., in other words, everyone, are susceptible to the siren call of magical thinking. I believe it is hard-wired into our circuitry. It’s what keeps us going in difficult times, keeps us from giving up all hope in the face of overwhelming odds. That is a great thing to have, because it allows people to persevere and overcome great adversity.

However, the downside of such thinking is that it allows a person to become oblivious to obvious facts that are staring them in the face that everyone else around them can see with perfect clarity. Day to day examples are infinite. It’s the gambler at the casino, convinced that if they play just one more hand of poker, they will recoup all their losses and still come out ahead. It’s the petty crook, who is convinced that they can continue to get away with one more home burglary, one more purse snatching, without getting caught. It’s the high school student who is convince that he doesn’t really need to study for that chemistry test on Wednesday, as he is sure he will pass with no problem and studying is so boring and such as hassle. It’s the person who keeps running up large amounts on their credit cards and only paying back the minimum balance. And, although I am sure I would take some heat for this if lots of people read this blog, I would say that magical thinking includes religious fundamentalists of all religions who are convinced they are going to Heaven or will be “Raptured Away” and everyone else will be left to enternal damnation and hellish punishment, even though their particular behavior isn’t really behavior of someone who is really deserving of such rewards. It leads to a mindset where the person believes they can do anything they want, as they are “saved” and all non-believers, infidels, pagans, etc. are beneath their contempt.

It’s also doubly unfortunate that society in 21st Century America feeds into the notion that magical thinking is not only a good thing, to anything else constitutes a defeatist attitude. Television commercials that encourage people to become day traders in the stock market (without ever saying so directly, of course) and business models that encourage any risky and/or untried approach should automatically be taken, if it saves the company lots of money. It doesn’t matter if anyone outside of the enterprise, without a stake in it, would immediately see that the whole thing is fraught with danger of failing, and possibly, failing miserably. If it’s possible, then it should be done! Making certain that it comes off as planned is becoming non-existent in corporate America. That is “defeatist” thinking.

A good example is what is currently going on at the Boeing Company. It’s a local story, getting lots of attention. However, in aviation circles, this is a big deal and will end up being very, very costly to the Boeing Company in just about every way imaginable. Money, prestige, customer confidence…

Painfully slow assembly of the first airplane continues to stall Boeing's crucial 787 Dreamliner program, and a third serious delay to the program is looming.

That first plane "is too far out from getting done" to meet the schedule announced just two months ago, a Boeing 787 worker closely involved with the assembly of airplane No. 1 said Friday.

A leading Wall Street analyst warned Friday of the likelihood of a new major Dreamliner delay, predicting that deliveries could slip out as much as a further six months.

What I see as the magical thinking portion of this story is that many people predicted this would happen. Boeing set out to build a new kind of airplane, one made out of composite materials that are stronger and lighter than aluminum, and fill if with the next generation of systems. At the same time, Boeing was pushing off a lot of the work and responsibility that they have historically had onto their suppliers. Entire airplane fuselage sections were going to come “pre-stuffed” with systems and wiring, so that all Boeing had to do is “snap the parts together”, which was supposed to take only three to five days apiece.

That sounds nice on the surface, and sure, it was going to save Boeing lots of money. They wouldn’t have to hire all those pesky workers, who sometimes go on strike, to put together their airplanes. All the benefits! None of the costs! Unfortunately, it is another case of magical thinking. It is becoming apparent, based on the news that is coming out, that Boeing really didn’t take any action to make sure all this really happened correctly and on time. They gave the responsibility to the suppliers, and the suppliers, for whatever reason, failed to come through. Many people foresaw this, both locally and in the industry. This is a case of magical thinking that will have some far reaching and very serious fallout.

Magical thinking is both a blessing and a curse. Human beings constantly strive against great odds, and often, then succeed. We would not have become what we are, as a species, unless individuals had this innate will to survive and succeed. However, as with most things, there is a dark side, and that dark side is manifesting itself in many ways in our society. That dark side might well eventually lead to our downfall as a society.

Unicorn image: http://www.muw.edu/summer/busweek/company7/Utopia2.html
Posted by zeppo at 11:07 AM