Jesus Christ, I am confused about the teabag movement. 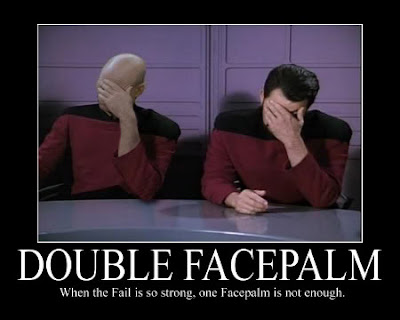 I believe that, under normal circumstances (which does not include updating a computer), I am a very rational person. I act upon my decisions that are (usually) made in a deliberate and logical manner. This is quite the opposite of what is going on with the tea baggers.

These are angry people, no doubt. I get they are very unhappy with the government paying for stuff that they don’t like with THEIR money. I understand. I was very unhappy that the government invaded and continues to occupy a country that had nothing to do with the horrible events of 9/11. I don’t like the idea that any of what was initially my money was used for that purpose. So, great. These people don’t like the idea of “government run healthcare.” Except for Medicare. That’s apparently fine. And VA run hospitals. Those are fine, too. And all the representatives and senators like their government run healthcare system as well. But universal healthcare? Socialist! Communist! Fascism!

How about other things that the government provides for the common good of everyone? Are they upset about that as well? Take, for instance, the government spending billions and billions of dollars updating the Air Traffic Control system. To the best of my knowledge, the Constitution says absolutely nothing about the government being able to run an Air Traffic Control system, especially on the taxpayer's nickel. The current ATC system is antiquated, but does provide a very good level of safety. We hardly ever see airplanes running into each other, for example. But the government has spent, and is still spending, billions on updating this system. I, personally, am not making any judgment about this. I am just pointing out that is what the government is spending MY money and YOUR money and the TEABAGGER’S money on. Why am I not seeing huge demonstrations against socialistic Air Traffic Control? Hey, it’s protecting the lives and welfare of the citizens of the U.S. Not everyone flies on airplanes. This is really no different than the health care debate. What’s up here? Why the difference? Why the over-the-top rage at an attempt for the richest country in the world to provide basic health care to its citizens? It’s a top priority to not have our citizens die from airplanes crashing into each other or the ground, or even suffering the relatively mild inconvenience of a delayed flight due to weather, but it’s O.K. for uninsured or underinsured people to die because they can’t afford the healthcare they need, or even if they do recover, they have had to liquidate every single asset they possessed?

Another thing I absolutely do not get is that the fact that the tea baggers believe that the Republicans winning two gubernatorial seats in the election this week is some big blow to the Democrats and President Obama specifically. Yet, the Dems won two congressional elections (in California and upstate NY), which is at the federal level. The Dems just picked up one more vote in the House in support of healthcare reform. Why don't those results predict the imminent collapse of the Republican Party? I have no idea. Yet, the race in NY-23, where the tea baggers succeeded in driving out the more moderate Republican, hand-picked by the local GOP, and replaced her with a far-right candidate who ended up losing the congressional seat that the Republican Party has held successfully since the goddamn Civil War, is some sort of teabagger victory? What the hell? Black is black, and white is black. Heads, I win; Tails, you lose. Every single goddamn things that happens in the universe is good news for the GOP and it’s teabagging nutjobs who are currently at the wheel. Where someone using logic looks at this situation and sees complete madness, the teabaggers see complete victory, now and in the very near future. Only about 20% of the respondents of several recent polls identified themselves as Republicans. 20%. Hardly a formula for winning national races, I would like to say. Yet, the teabaggers are now emboldened by the defeat of the official Republican candidate in NY-23, so much so that they are going to target yet more incumbents who do not meet their ideology, and in doing so, will probably produce yet more elections where the teabaggers do not win the war (the election itself), but they won the battle for the heart and soul of the Republican Party, and after all, that's all that matters!

This has become a common theme of this blog; the seemingly insane actions by the extreme conservatives of this country. I just can’t seem to get past the fact that I live in the same country as several million insane people.
Posted by zeppo at 10:13 AM