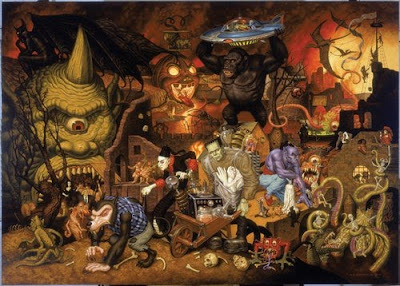 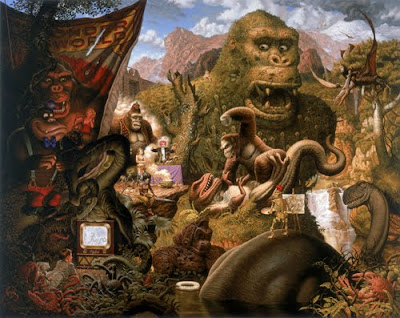 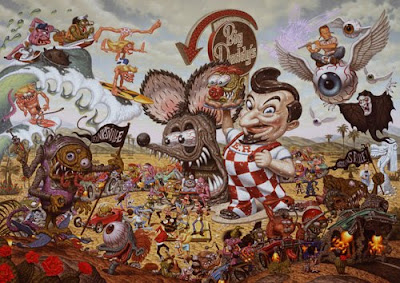 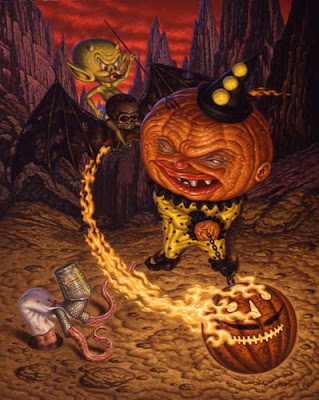 I saw an exhibit of Mr. Schorr's paintings in San Jose, California in 2009. It was pretty trippy, indeed. Being a film buff, and a 1950's bad sci-fi film buff at that, I found that some of his works just rang a bell with me. I love the one based around King Kong. You can see, if you look, Magilla Gorilla, the big metal Kong robot from that Japanese Toho release, "King Kong Escapes", and the artist himself as a little boy in front of a black and white television screen, watching King Kong. Click on the photos and get a larger version, and then go look at the detailed images in each of these paintings. There is a lot of stuff there. Even better, go visit his home page here.
Posted by zeppo at 7:56 AM