Yes, more guns would solve everything! 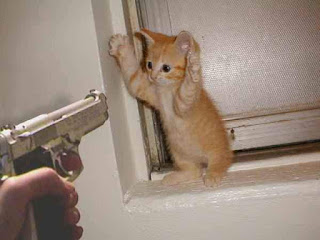 Witnesses say that Pullum pulled into the parking lot of a car wash and Taylor who was at the time tailgating him followed him in. Both men exited their vehicles and began to argue as the argument escalated, Taylor pulled his gun and began to fire. Pullum, who was also carrying a gun, drew his and returned fire. Both men apparently died at the scene.