Today is Super Bowl Party Day, which epitomizes the worst excesses about our society. 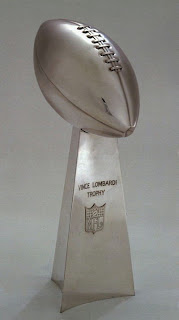 I know that sports are very important to some people. Heck, I like sports. I held season tickets to the local university’s basketball team until the Athletic Department decided they would try extortion on their most loyal season ticket holders and donors. But, the Super Bowl… I actually hate it. I hardly ever watch it. I like NFL football, especially when the Seahawks are doing well. The playoffs are cool. But the Super Bowl seems to dwell in another universe from that of the regular season.

What other event generates dedicated multi-million dollar television commercials? A halftime event that gets a build up worthy of the Academy Awards show? Results in the most parties, mostly fueled by alcohol, across the country on a non-holiday? Everything is Super Duper. Must outdo last year! The event of the season! And this isn’t even saying anything about the game itself.

This whole display reeks of extravagance, over-hype, overindulgence, and billions of dollars poured into an event with a captive audience in the hope of moving billions more dollars from one place to another. It is the American psyche on display. And, in my mind, it isn’t pretty.

I also find it very insulting that very, very little will be said today, and has been said this week, about the continuing Iraq war, the outlandish and criminal behavior of the Bush Administration, and the huge problems facing us such as the coming energy crisis, the continual eroding of the infrastructure on which this country depends and the slow baking of our only habitable planet.

Let’s see if someone’s boob ends up on national TV today. Then we can really have a scandal we can talk about.

UPDATE: O.K., I admit that was one of the more exciting finishes to a Super Bowl in quite some time. Whoo!! First time I remember rooting for a team from New York, too.
Posted by zeppo at 8:13 AM