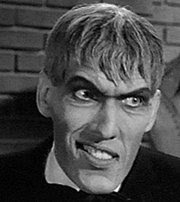 I think I give up. I can’t figure out what I should blog about. I don’t really have what you might call a writer’s block. I can always whiz out some text about most anything. I just can’t seem to get past the idea that this country has just gotten too weird to even contemplate, much less write about or make fun of. To whit:

- Paris Hilton and T. Boone Pickens both have more realistic energy plans than does John McCain.

- John McCain thinks his wife ought to run in a beauty pageant in front of a bunch of bikers where past contests have featured topless contestants and simulated acts using a banana.

- John McCain, at that same biker rally in Sturgis, said that “We are going to win the war the right way! By winning!”

- Paris Hilton is actually a very good actress in her bashing of John McCain, and very funny as well, and then John McCain pretended he didn’t know that Paris punked him, big time.

- The Tampa Bay (Devil) Rays may actually win a pennant in baseball.

- Conservative pundits are still trying to make Obama out as some sort of “elitist” who is out of touch with “regular Americans”, while John McCain owns approximately 10 houses and his wife is a multi-millionaire who just made even more money when Budweiser was sold to a bunch of Belgians.

- The United States just spent seven years convicting Osama bin Laden’s driver of being a driver for Osama bin Laden, with something that looks very much like a kangaroo court. With time already served, he could be out in five months. IF the United States government will let him go, of course. They still consider Hamdan an “enemy combatant”. So, we could have a situation where a person has served his time as imposed by a military court that the entire world is pretty dubious about, and the U.S. still won’t let the guy out of prison.