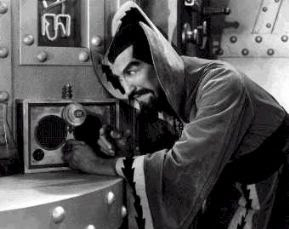 I have seen this story a couple of times, based on a survey from CNN. Here is part of the story from the Nation.

Another 41 percent say Cheney has been a poor No. 2.

So, as the draft-dodging, corporation-coddling, obscenity-spewing, torture-sanctioning shredder of the Constitution prepares to leave the position he should have been forced from by Congress, almost two-thirds of Americans rank Cheney as bad or worse than Spiro Agnew.

But that was before Cheney acknowledged on national television that he had violated his oath to defend a Constitution that bars cruel and unusual punishment by promoting the use of waterboarding.

I am glad that Cheney is getting the recognition he deserves. In my estimation, he is a monster. This guy ran a shadow government, declared all sorts of things that are not supported by any sort of rational reading of the Constitution, and I firmly believe that he was responsible for pushing for “normalization” of torture as an everyday tactic. I believe that the last eight years would not have been as disastrous as they have been, except for the presence of Cheney and his legal attack-dog David Addington. He deserves all the negative accolades that he gets.

However, I am unsure about the validity of such a question. Outside of Spiro Agnew, who most people under 50 don’t really remember, there haven’t been any memorable Vice Presidents in our collective memories by which we could make such a comparison. Sure, there’s Dan Quayle, but he was memorable only because of the fact he came across as a doofus. He was most certainly not evil. My point is that most Americans have no frame of reference of past Vice Presidents by which to judge Cheney. That’s the relative judgment, i.e., a judgment is being made on the basis of a comparison. However, there is also an absolute judgment. No comparisons are being made. Without any sort of comparison to any past VP, Cheney is certainly the most devious, malicious, paranoid, hard-hearted anti-Constitutionalist that I would ever hope to see again in my lifetime.
Posted by zeppo at 10:10 AM