And now for something completely different, radioactive wasp nests. 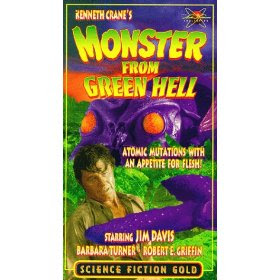 By The Associated Press

The Tri-City Herald reports 6 to 12 inches of top soil are being dug up this month from 6 acres near the H Reactor. And, workers will dig up more individual mud dauber wasp nests over about 75 acres of the nuclear reservation in southeast Washington.

The contractor handling the clean-up, Washington Closure, says the nests were all built in 2003 when water was used to dampen dust during demolition of an H Reactor basin. That attracted the wasps that used the mud to make tube-shaped nests for eggs.

Well, that’s all we need. I think I read something a couple of years ago about radioactive bats at Hanford. Now, we have a story about radioactive wasp nests. Fortunately, it’s only about the nests right now and not the wasps themselves. I can’t imagine having a giant radioactive dirt dauber settle down in my yard and start burrowing under the crawlspace. I’m telling you, one of these days, Mother Nature is going to come back gunning for us. Global climate change is probably too slow a method, as well as not being terribly reliable, to really get rid of human beings. She might pick a faster method one of these days. Giant radioactive dirt daubers are probably as good a method as any. (No, the AP story didn’t say anything about “giant.” But really, is there any possibility, at all, that there might be a highly radioactive insect that ISN’T a giant monster?)

The poster is of the film, Monster from Green Hell. For a great review of that film, check out the B Movie Graveyard.
Posted by zeppo at 8:21 AM