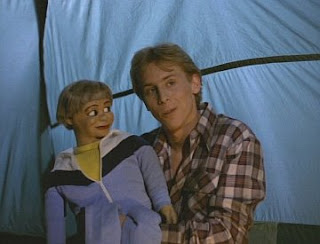 Jake: Have you heard the latest, Willie? Obama is going to sign the death warrants for old people. They won’t be able to get life saving operations when they need them because they are too old!

Willie: That’s right, Jake. That’s exactly what I heard too.

Jake: And Obamacare won’t let doctors prescribe any treatments without first getting approval from the government!

Jake: We cannot have a situation where the government rations healthcare! We must put that decision back in the hands of the people it rightfully belongs to!

Willie: Patients and their doctors?

Jake: The insurance companies! They are trustworthy and compassionate.

Willie: They are? I mean, certainly. That’s what I think too.

Jake: Government can’t administer anything! Leave it to the professionals! They are good at what they do.

Jake: NO! Of course not! Well, yes. That’s what private enterprise does. That’s the reason our economy exists. The government should not be allowed to interfere.

Jake: Besides, if every American had access to healthcare, that would bog down the system and prevent those who really need healthcare from getting it.

Willie: Those who are really sick?

Jake: Rich, white people! We can’t have our healthcare system bogged down by giving access to the best doctors in the world to illegal aliens, welfare queens and terrorists.

Jake: Yes! And abortions on demand! Don’t forget about that!!

Willie: Perhaps if you breathe into a paper bag, your face wouldn’t turn bright red like that.

Jake: And did you know that Obama isn’t really a citizen?

Willie: But didn’t the governor of Hawaii, a Republican, actually say that Barack Obama’s birth certificate was genuine?

Jake: It’s a forgery! He’s a witchdoctor from Kenya!! I’ve seen pictures! He’s got a bone through his nose and everything!

Willie: Yes, there certainly a lot of questions out there that Obama needs to address.

Jake: I bet Obama wants to give healthcare to gay people, too! How dare he!!

Willie: Thank you for your time, Senator. I am glad we could set the record straight on this vitally important issue. Time for a short break, and we will be right back with another informative segment on how the Jews caused the bridge to collapse in Minneapolis a few years ago, right here on Fox and Friends.

Photo still from Humaniods from the Deep, courtesy of the B Movie Graveyard.
Posted by zeppo at 7:14 AM