We are going to spend a long, LONG time coming to grips with the Bush presidency. 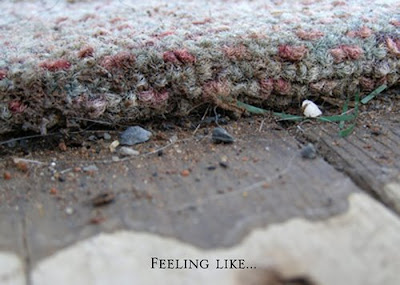 There are just so many things that are oozing out from underneath the carpet that they are very difficult to ignore. Many people, including Bush/Cheney apologists, neo-cons, conservatives, and the well connected (both politically and powerfully) who are doing their utmost to keep all this crap that the Bushies swept under the rug from ever seeing the light of day. That includes, most unfortunately, many people within the Obama administration, including President Obama himself. The big question is, will we ever find out everything that happened during the Bush years?

I, personally, doubt it very much. There are too many people conspiring to keep everything hidden. I don’t know if Obama’s reasons are deeper than his professed position of “moving forward and not looking backward.” If that’s really it, then this is certainly an example of when obstinate pragmatism may serve the person well in the short term, but that might be a disastrous position to have in the long term.

So Dick Cheney lied again. He ordered people at the CIA to not Congress, which has, if I am not mistaken, a Constittuional obligation to oversee the CIA and to reign them in if they get too out of control. From HuffPo:

Subsequent CIA directors did not inform Congress because the intelligence-gathering effort had not developed to the point that they believed merited a congressional briefing, said a former intelligence official and another government official familiar with Panetta's June 24 briefing to the House and Senate Intelligence committees.

Panetta did not agree.

Upon learning of the program June 23 from within the CIA, Panetta terminated it and the next day called an emergency meeting with the House and Senate Intelligence committees to inform them of the program and that it was canceled.

Cheney played a central role in overseeing the Bush administration's surveillance program that was the subject of an inspectors general report this past week. That report noted that Cheney's chief of staff, David Addington, personally decided who in Bush's inner circle could even know about the secret program.

But revelations about Cheney's role in making decisions for the CIA on whether to notify Congress came as a surprise to some on the committees, said another government official. All spoke on condition of anonymity because they were not authorized to discuss the program publicly.


Wow, what a surprise. Dick Cheney in charge, and was being secretive. I really wonder if George really know what his VP was doing...