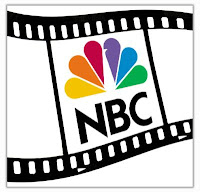 That's just great. NBC gives us really crappy coverage, but Comcast is going to make sure those of us near the Canadian border don't get to watch the Olympics on the Canadian network, which provides far superior coverage. Hell, on the west coast, NBC even refuses to show the Olympics in real time. Everything is delayed. So, even though Seattle is 100 miles or so from Vancouver and is obviously in the same time zone, we can hardly watch anything in real time. NBC must be allowed to package up the Olympics so that they appeal to NBC's ideal viewer. Lots of human interest, mostly all American, put all the high profile sports in prime time, even if that means delaying them for hours or even a day. It was not unusual for me to know exactly who won an event and probably even watched it on CBC before NBC ever got around to showing it.

THIS IS WHY THE COMCAST/NBC MERGER WOULD BE A HUGE MISTAKE! Media outlet providers, such as cable television or high speed internet providers, should NOT be allowed to own the content providers. This is such an obvious example of what will happen if the merger is allowed to proceed. NBC and its sister networks (MSNBC, CNBC, a few others) will be favored over the other networks and those other networks may find themselves blocked.

You don't think that would happen? I do. The avarice of U.S. corporations knows no bounds. They will do anything they can get away with in the chase for as much money as they can possible extract from the system.

I have just one question for Comcast and NBC. If NBC's coverage is so superior, so wonderful, as we are told every two years, then why are they both so threatened by the possibility of viewers going elsewhere? If NBC's coverage were that great, wouldn't we all watch the Olympics on NBC? We wouldn't need to go elsewhere.

UPDATE: Boy, am I pissed of at NBC. I knew the results of last night's short track speed skating at about 7:30, thanks to the "crawlers" on ESPN during a basketball game. But NBC didn't get around to showing it until almost 11:00 p.m. Does NBC really think that no one knows the results? Seattle is about 160 miles from Vancouver, and is in the same time zone, but can we watch the event live? No, of course not. And NBC obviously think we are hanging on every work out of Bob Costas and his guests in their sit down studio. Talk some, show some commercials, talk some more, show some more commercials, show Apolo Ono tying up his skates, show some more commercials, THEN show the race. God, NBC sucks. I hope they lose 100 million dollars.

UPDATE 2: I was in error here. The Canadian broadcast is on CTV, not CBC. And my cable doesn't carry CTV. So, I don't know exactly what was the newspaper story I saw where Comcast was blocking the Canadian broadcasts. But I still haven't changed my opinion of NBC's coverage. It sucks. NBC would rather show Bob Costas TALKING about sports rather than actually showing sports. Cripes. I will say that I do like the fact that the announcers for the ice skating events have toned it down. They aren't talking ALL THE DAMN TIME like the usual do. NBC would provide commentary to a symphony orchestra if they could.

UPDATE 3: I do like to watch curling. That's a pretty cool sport. Sort of chess and bowling on ice. And I think I am in love with the Japanese curling team....
Posted by zeppo at 8:06 AM