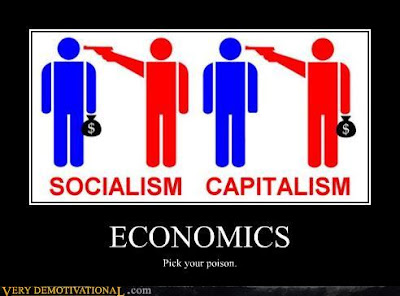 I just cannot understand what motivates people in safety critical industries, as well as other important industries such as finance and energy, to act as they do. These people are obviously oblivious to the fact of the damage they are doing to other individuals, families, communities, cities and the entire country. Even when confronted with their misdeeds in front of Congress, even though their misdeeds may, in fact, have been legal but sure as hell look to be immoral and unethical, they appear to be confused as to why anyone would actually suspect them of such actions. Sure, they and their company were making millions/billions, but that’s really beside the point. They would NEVER do anything that would potentially harm anyone, even though such statements look to come from a different universe in light of everything that has happened.

My little electrical co-op here in Washington State was responsible for finally getting tapes and documents from Enron released to the general public. Not only did these documents and tapes show that Enron had been systematically bilking the entire west coast for billions by manipulating the energy markets (such as demanding operators of electrical plants to take them off line for “maintenance” during critical times), they were enjoying themselves while doing it. They made fun of “Grandma Millie” who was going to be in dire straits because of their actions. They were laughing about it. From CBS News:

And when describing his reaction when a business owner complained about high energy prices, another trader is heard on tape saying, "I just looked at him. I said, 'Move.' (laughter) The guy was like horrified. I go, 'Look, don't take it the wrong way. Move. It isn't getting fixed anytime soon."

California's attempt to deregulate energy markets became a disaster for consumers when companies like Enron manipulated the West Cost power market and even shut down plants so they could drive up prices.

There was quick reaction in Washington to the Enron audiotapes first aired by CBS News last night, and the tapes have become part of the debate over the President's massive energy bill.

Consumers like Grandma Millie, mentioned in one exchange recorded between two Enron employees.

Employee 1: "All the money you guys stole from those poor grandmothers in California?

I just do not have the words to describe what I feel about such people. But they obviously thought nothing of it. It was high school all over again, where the “cool kids” would act maliciously toward a student or group of students, just to show their power over that student/group. To me, it appears to be nothing more than group psychology at work. I keep thinking back to that now rather famous/infamous experiment at Stanford University. That showed that under conditions that were not all that challenging to set up, you can get people to act in very unexpected and dehumanizing ways toward their fellow humans. Once you set up the ‘norm’ for your group in charge, whether they be a group of
“prison guards” in a psychological experiment or a bunch of energy traders for one of the largest companies in the country, you can get them to do whatever you want them to as they understand the rules to be within that group.

The point I am making, I believe, is that American industry today is nothing more than an extension of that Stanford experiment. All who become members of this controlling group are expected to act and think in a very certain way. Part of that is that they really don’t care about their customers, their employees or their country. All that matters is that the amount of money and power that their group amasses is maximized. As that chilling line from the movie “Alien” goes, “All other priorities are rescinded.”

These are social mores we are talking about here. What is now commonplace would have been unthinkable in the past. We have gone back in time, back to the Gilded Age. I have done some reading about the conditions in the mines back then and why the mining unions became so militant. The robber barons of that era thought nothing of subjecting their “employees” to extreme dangers, all in the name of making huge amounts of money for themselves. The employees themselves saw none of that. It all went to the wealthy overlords of corporate America. That’s the same thing that is going on today.

Things really didn’t begin to change in this country until the Great Depression, which knocked some sense into a few people who took it upon themselves to try to correct the system. FDR implemented the New Deal, which dealt with several concerns such as newly devised banking regulations such that the Great Depression would not be repeated and for economic relief for the millions of unemployed. It’s no wonder that conservatives these days are attacking the New Deal and are trying to blame FDR for the Great Depression. It just doesn’t fit in with their narrative that has become part of their paradigm in their control group. Therefore, it must be attacked. History must be made to change.

I could meander around like this for several hours if I kept at it. I will try to put some sort of conclusion or observation on this.

The point is that all these problems that we are seeing in society today are mostly self-inflicted. There is one group who has become very used to holding the levers of power in this country. Their norm is to maximize their profits in any way they can, all other considerations be damned. Those considerations are outside of their paradigm. What I do not get is how they are able to convince themselves that those concerns aren’t their concerns and that their actions can and often do cause suffering across huge swathes of the population. How can they not understand this? What rationalizations are they using in their minds to justify their actions (such as cutting off insurance coverage to cancer patients who have paid their premiums religiously)? I am convinced that I could never act in that way. So, what is it about the human species that allows this “group think” to take over in a way that is ultimately detrimental to us all? The quest for profits is that strong, even when they already have amassed huge amounts of wealth already? The cost of human suffering is somehow worth it to them, since it isn’t they who are suffering?

I am not at all impressed with the human species. We have advanced far from our origins in the plains of Africa, but to think that we have really become a civilized race is to be deluding ourselves about our nature.
Posted by zeppo at 8:24 AM