And now, a word about American Exceptionalism. 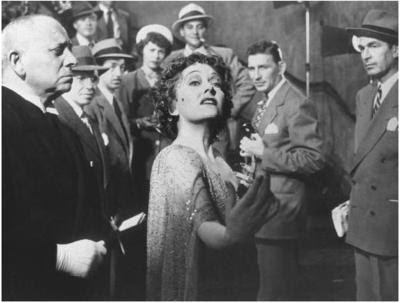 There are many incredibly silly political conversations that are going out there right now, but I find this one about how exceptional America is to be one of the more silly ones.

Apparently, anyone’s patriotism and ability to be an effective leader can be called into question, in no uncertain terms, if that person does not express his or her heartfelt belief that the United States of America is the best country on the planet, both in the present and in the entire history of human civilization. Anything that falls anywhere short of that kind of unequivocal declaration can questioned on national television and in print without any hesitation or sense of embarrassment.

I have several thoughts about this. First, this seems like a different flavor of the same kind of thing that went on before the 2008 election where politicians were heavily criticized for not wearing a label pin of the American flag. That was enough to question the non-wearer’s patriotism and love of the flag. This is not some over-the-top charge on my part. I heard my older brother say exactly this.

This is just so extremely silly, I can’t find it within myself to come up with a serious attempt at refuting this nonsense. How can we people put such stock in such a superficial measurement of patriotism? Of course, the truth is that this is, yet again, one more blatant and transparent attempt to smear President Obama and Democrats with anything that Republicans can lay their hands on. If not this, then it would be something else.

The second point is that, even if all this stuff about exceptionalism is true, does that mean we should go around trumpeting it whenever we get the chance? Doesn’t that sort of fit the definition of a braggart? Whatever happened to being humble? Can’t someone (including a country) be great and humble at the same time? Going around, telling everyone who will listen about how great and exceptional you are seems to me have the stink of desperation and, more than likely, a deep but strong inferiority complex. Who, exactly, are we trying to convince that we are exceptional? The British? The French? All of the Arab world? More than likely, they are all laughing at us. No, it is much more probable that we are desperately trying to convince ourselves that we are exceptional and will go after anyone with a steel bristle scrub brush who doesn’t come out and say exactly what our pride demands. Our self-image must be maintained at all cost. Otherwise, who knows what might happen if people really started asking questions?

But here is the aspect of this stupid argument that I wanted to comment on. What, exactly, have we got, right now, to feel so damn exceptional about? What? We have a huge military, of course, with a yearly budget that is larger than all the countries of the rest of the world combined. So, with that, we could claim to be the biggest bully in the schoolyard, giving proverbial wedgies to anyone who might question our claim to superiority. But past that, what have we got?

Here’s where I think we are. We have a massive deficit. We owe many countries in the world lots and lots of money. Our country’s infrastructure, while once impressive, is now crumbling to the point of bridges falling down and electrical grids suffer massive failures because of relatively minor events. Some of our water and natural gas pipes are approaching their second century. There is hardly any investment going on in the country itself. All profits are funneled toward already rich owners and less rich “shareholders.” Everything is geared in this country toward making money for individuals. There is hardly any investment going on. What investment is occurring might actually be criticized as “pork.” Or it is said that the economic stimulus money has never produced a single job? Stimulus money from the federal government intended to kick start the economy and provide some badly needed upgrades in our infrastructure – such as high speed passenger trains or new tunnels between New York and New Jersey – are being turned down by state governments who believe that scoring political points is more important than investing in the country’s future by upgrading our infrastructure.

What do we have to be proud of at this moment? We have a scientifically illiterate population who think that loudly shouted opinions are better than facts and science is somehow the same as reading of palms or astrology. Most of our manufacturing base in this country has disappeared, and some on the right were arguing that we should let our domestic automobile industry fail, in order to placate their God of the Free Market. Our production of raw steel is very low now compared to the rest of the world. We have been surpassed by countries in Asia and elsewhere in the manufacture of electronic devices, both assembled ones such as flat screen televisions and the integrated circuits that drive them. We don’t produce cameras.

The only thing that we seem to be good at is building houses and selling them to each other. And, because of greed, hubris, mismanagement and lack of government oversight, our housing industry drove our financial system to the brink of total meltdown, which requirement immediate government intervention. We have no more customers for houses.

Certainly, there are some things that America still does that are world leaders. Boeing makes pretty good jet airplanes, although this last attempt has been pretty much a fiasco to this point, once again to due myopic fascination with the bottom line. Our automobile industry has certainly recovered and produces much better cars than it did in the 1970’s. We do really good military weapons. Lots of them, and at very expensive prices. And I will admit we are very good at building multi-million dollar sports palaces. The American people must have their circuses to go along with their bread, as long as the circuses are equipped with luxury boxes for the rich and powerful. So, I will agree that there still are areas where American ingenuity and productiveness are still cutting edge. But those seem to be getting pretty few and far between.

So, I will repeat my question. What, exactly, have Americans got that we should feel so self-confident and smug about? What? The rest of the world is eating our lunch in a number of other areas. Our attempts at being “the good guy” on the world stage haven’t done too well since Vietnam. I can’t see that anyone but the totally naïve or those with a political agenda could argue that our ventures into Iraq and Afghanistan have been anything but unmitigated disasters. We have spent over a trillion dollars in our wars with very little to show for our pains, other than thousands of American and ally causalities and hundreds of thousands of civilian deaths. Because those didn’t work out, we apparently have people like Bill Krystal who argue that we should go bomb yet another country in Iran.

Cities like Colorado Springs are so strapped for cash that they are letting parks fall into neglect and can’t afford to run street lights at night. Some places are replacing paved roads with gravel roads, because gravel roads are cheaper to maintain. A fire department in Florida sat and watched a fellow American’s house burn to the ground because he hadn’t paid his yearly fee to the fire department. Our colleges and universities are cutting staff and programs, yet charging more to the privilege of getting a higher education. Many conservatives are openly advocating defunding or abolishing outright the Department of Education. There is almost no interest in trying to upgrade and improve what is admittedly a sorry state of affairs in our public education system. A very large percentage of our post-graduate slots are filled with foreign nationals who will take their education back to their own country to improve it, rather than improve the United States of America.

What have we got to be proud of? Our constitution and democracy as a form of government? Many people on the right seem intent on tearing that apart while, at the same time, accusing Democrats and President Obama of doing just that. Many in our population cannot understand a simple, fact-based argument, or refuse to if it doesn’t fit in with their preconceived view of the universe. The earth is 6000 years old and mankind lived at the same time as the dinosaurs. Global climate change is some nefarious plot by the left-wing of America, which has also apparently enlisted many environmental and climate scientists from England, Germany and many other countries. The irrefutable truth is based on an observation that it continues to snow and be cold in the winter in places that are usually cold and has snow.

Misplaced pride is a very ugly thing, and this “debate” we are having in this country is an indication about how ugly and divisive it can be. I think I am paraphrasing this, but remember that saying, “Pride goeth before the fall”? That certainly seems like, to me, to be very applicable for the United States at this point in our history. Yes, we probably did have a lot to feel rightly proud of in our history. I think both World Wars are a great example. Although we did have a stake in the global picture, we also got involved where we might not have had to. The United States armed forces were a major player in helping to defeat Hitler’s Germany and all the atrocities is held. As an aside, we always seem to forget that the biggest battles were on the Eastern Front, between the Soviet Union and Germany. If those battles hadn’t happened, if Russia had fallen or had sat on the sidelines, there probably wasn’t any way the Allies would have beaten Germany. But that’s a different story for a different post that probably won’t get written.

My point was that, even if the United States was very damn exceptional in the past, that does not automatically bestow greatness upon us from now to eternity. Super Bowl champions must try to repeat their success every single year. Why should we assume that we, being once-exceptional, will always be exceptional? And how in God’s Name could anyone use that to beat upon their political opponents? It just makes them look like opportunistic, narcissistic morons who are too blinded by their own self-righteousness to see how silly they look.

There are several ways that the once-great can become less than great. One obvious way is for a total collapse due to some catastrophe, such as famine or war. Another one, less sensational but no less effective, is a long, slow slide into total irrelevance all the while believing they are still great.