Well, political gamesmanship has hit home on a personal level. 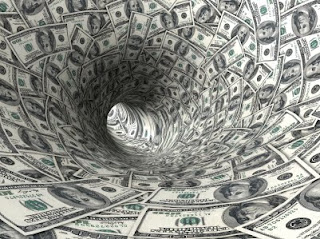 I have almost stopped blogging about politics, as nothing makes any sense these days. There isn't anything logical that exists anywhere in our political process or discourse about which someone like me can make logical statements. It's like attempting to deconstruct Alice In Wonderland. It ain't happenin'.

But this one, I thought I might as well comment about, since it seems I am going to take a personal hit. You see, I am a federal worker. And President Obama, in yet another capitulation to the crazies on the Republican side of the aisle, has proposed to freeze the pay of all federal workers for two years. This will, of course, do absolutely nothing to address the country's massive deficit and will likely make the economic situation in this country that much worse, with that much less money in play in which to lubricate the cogs and gears of our economy. I thought actually that was the most pressing issue, to "get the economy moving again." But I guess we are all about empty gestures at this point.

I am of two minds about this. On one level, I am actually not too upset with this. I am pretty well paid for someone in my profession. I am not hurting. I took my current job because a host of other reasons, not related to pay, mostly about the negatives at my last job. I certainly didn't take a job with the federal government because I wanted to get rich. I am still not rich, but I am better paid than I would have been had I remained in the commercial sector. I will say that this is definitely not a true statement for most government employees. It is just that my profession, engineering, happens to compete directly with those companies who also employee engineers. So, the government feels they need to pay well in order to compete for those same employees. But, as I said, I didn't take my current job because of the pay.

So, I am actually willing to "do my bit." I can take a hit financially if it were to help out the overall situation. I certainly can't complain, in that I do have a steady job and the prospects of losing it are pretty small. That is a whole lot more than can be said about most of the work force in this country. So, I will count my blessings in that regard.

But here's the thing. I see this as a meaningless gesture that is supposed to placate the Republican party and their "balance the budget at any cost!" nutjobs. It isn't likely to do anything to help bring the deficit under control. I just get this feeling that I am being asked to "suck it up" so the money saved from these pay freezes will be used to finance, in part, the continuation of the Bush tax cuts for the top 2% wage earners. They certainly aren't being asked to "suck it up." In fact, extending those tax cuts for the wealthy seems to be a higher priority for the Republicans than actually doing something about the deficit. And this is what burns me. This is, yet again, an inequitable response. Everything is tilted toward the rich and powerful these days. Everything.

I would really, really like someone to explain to me why I don't deserve any pay raise for the next two years, but it is of paramount importance to keep the tax rates of the very rich at historic lows. Please, Republicans, explain that to me.
Posted by zeppo at 6:37 AM