Love of money consistently outranks doing the right thing in the United States. 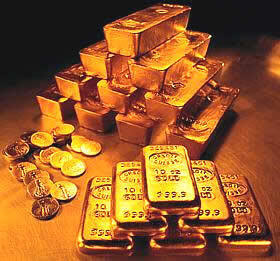 I find that I keep writing blog posts that start out with some variation of “The ONE thing that I find most amazing….” Of course, that only reflects what I am thinking that very day. In reality, there are just so many things is today’s society that I just don’t understand and could never imagine happening in this country.

Today’s “ONE thing I don’t understand” is how often we see stories, from all the various aspects of our complex society, that show us that people seem to consistently put making large amounts of money over doing the right thing. In this following story from Crooks and Liars, “the right thing” not only has to do with following the law but also protecting worker’s safety in a very dangerous workplace.

An independent state probe in West Virginia concludes that mining giant, Massey Energy, was responsible for the April 2010 explosion that killed 29 underground coal mining workers. It echoes preliminary findings by federal investigators earlier this year that Massey repeatedly violated federal rules on ventilation and minimizing coal dust to reduce the risk of explosion, and rejects Massey’s claim that a burst of gas from a hole in the mine floor was at fault. The report also notes Massey’s strong political influence, which it uses "to attempt to control West Virginia’s political system" and regulatory bodies.

Even when people have died and it is shown that the owners were negligent, they still fight against doing the right thing, because it will cost them money. These huge companies already make lots and lots of money for the people running them, as well as all the “stakeholders.” I absolutely detest that word, as it infers that the workers themselves are not “stakeholders.” But it is the idea that companies can’t even spend a 10th of one percent on making workers safer or even paying them little more than subsistence wages if it would mean giving up even that much of their precious profits. Profits are all that matter, it seems. Making huge amounts of money is never enough if there is one more drop of blood that can be squeezed from the stone. Profits for owners and stakeholders. That absolutely comes first these days.

Why is this? Where did this mindset come from in our society? Is our species just that greedy by genetics that it comes naturally? Have we not reached a place in the history of our society that we can afford to make sure that everyone has a piece of the pie, and is confident in the fact that their workplace is safe from hazards in the process? Why does a rising tide NEVER float all the boats? Why is it that the rich and powerful always want more riches and more power? I just truly do not understand this motivation.

In the richest country our world has ever seen, why is it that those on top seem to think those underneath them in the power structure are somehow slackers, that they are undeserving to share in the riches? What is it about people that drive them in this manner? Getting back to the story I quoted above, how could anyone be so callous and uncaring about worker’s safety that they couldn’t spend a bit more time and money in making sure their workers, the ones the rich and powerful depend upon for their riches, are safe when they come to work? What ever happened to “doing the right thing?”

This is a constant theme from today’s news items. Republicans want to bust those greedy unions, the ones that try to give a voice to the people who educate our children, who protect us on the street, and who answer that 2 a.m. alarm bell when our houses catch on fire. They want to demonize anyone who desires to a bit bigger share when it comes to dividing up the pie. How dare they ask for more! It’s ours! Greedy, undeserving maggots! As if someone who sits in a boardroom all day long or manages a hedge fund is somehow deserving of all the wealth they are siphoning out of the system.

Is this some inherited tendency of our species? Are we programmed to act in this way? Or is this a learned behavior? Is greed and avarice so widespread in our society that everyone “understands” that those are the rules everyone is working to?

I don’t know the answer, of course. I was trained as an engineer, not some behavioral scientist. But what I see of our species makes me ill. Yes, there are many, many good people who act selflessly and not just in times of extreme need (such as after this spring’s devastating series of tornadoes). There are many people working to change the system to make it fair to all, not to just the rich and powerful. But I am more interested in the motivations of those who are constantly fighting against doing the right thing by everyone who is part of the system.

I am very much not impressed with human beings as a species. Yes, we are capable of some wondrous things. Awe-inspiring. But we are also capable of thoughtless cruelty, even when the results of that cruelty is staring us back in the face. And we seem to be able to rationalize away any second thoughts or bad feelings this might cause us if we dwelled on it for more than a few seconds. Our ability to hold double standards and believe conflicting ideas at the same time is truly mind-boggling, and not in a positive way.

I hope that humans never do find a way off this planet and start “seeding the galaxy” with other human societies. I think, at this point in our development, we have failed the test and I believe that we don’t deserve any further chances. And God, if She exists, must be shaking Her head and thinking something along the lines of, “Well, I should have seen that coming. I guess I won’t try that again.”
Posted by zeppo at 8:03 AM