CPAC explores new and provocitive ideas to bring the Republican party back to prominence. 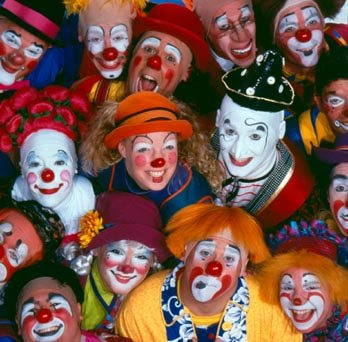 Conservative Political Action Conference is the annual gathering of the conservative faithful. Leading conservative politicians, media personalities and really, really angry white people get together and discuss cutting edge issues that matter dearly to the conservative cause. This year it was in Washington D.C. One of the speakers was Mike Huckabee, who had this to say (via Washington Monthy):

I might point out that any comparison of the United States to the Soviet Union because of “pet projects” might have a bit more credibility if it weren’t for the fact that the Republicans held the purse strings for many years while the deficit ballooned, that no prominent Republican objected to budgetary items that benefitted their constitutients, and that no one, anywhere, is talking about health care rationing. And that if a prominent Democrat that ran for president said this about a Republican administration, where would have been much wailing, rending of garments and gnashing of teeth. But as Boone famously noted, “Forget it, he’s rolling.”

Here are some of the other items on the agenda.

Al Franken and ACORN: How Liberals are Destroying the American Election System

Because a poorly run voter registration outfit and an ex-comedian who wrote a book called “Rush Limbaugh is a Big Fat Idiot” that actually won an election by a very narrow margin are, without a doubt, destroying the American election system. (Of course, if I were a conservative, I would be VERY careful about saying anything about voting irregularities and stolen elections. Because, if they do, then what might pop into people’s minds might be Florida in 2000, Ohio in 2004, the New Hampshire phone bank jamming scandal in which at least one person was convicted and went to jail, Diebold voting machines manufactured by a company whose president was quoted as saying that he would do anything to get Republicans elected, etc., etc.)

Because this is something that Republicans certainly need to work on. One problem, however, is to figure out how to be virulently anti-immigration and vilify anyone with brown skin while building that very important Hispanic coalition.

The Key to Victory? Listen to Conservatives

Because Conservatives have really had their collective finger on the pulse of this nation in the last two elections.

New Challenges in the Culture War

Because no one paid much attention to the old challenges, such as the War On Christmas, Barack Obama is a Muslim terrorist, George Soros is controlling the entire country with his shadow government, etc.

Because we all need a little more hilarity in our lives. Imagine, Sarah Palin unplugged!
Posted by zeppo at 8:24 AM