I love Michele Bachmann. She’s so cute when she’s insane. 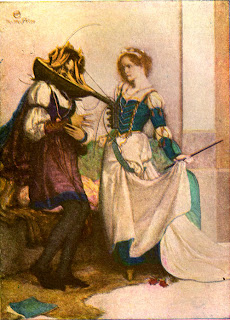 I cannot, for the life of me, understand how some people get elected to public office. Michele Bachmann (R – congresscritter, MN) is a case in point. She’s the person, if you remember from before The Day The World Changed (i.e., 2008 election), who got herself noticed by calling on… someone to investigate her fellow congresspersons because they might harbor anti-American feelings. McCarthy, anyone?

Well, she recently went off on a tirade against the economic stimulus package that President Obama, most Democrats and a couple of less insane Republicans put together. Here is a bit of a summary of her statements, via HuffPo.

* many members of Congress have "a real aversion to capitalism."

* the stimulus bill includes a measure to create a "rationing board" for health care, and after the bill becomes law, "your doctor will no longer be able to make your healthcare decisions with you."

* the recovery package is part of a Democratic conspiracy to "direct" funding away from Republican districts, so Democratic districts can "suck up" all federal funds. Bachmann doesn't think this will work because, as she put it, "We're running out of rich people in this country."

* the "Community-Organizer-in-Chief" is also orchestrating a conspiracy involving the Census Bureau, which the president will use to redraw congressional lines to keep Democrats in power for up to "40 years." When the host said he was confused, noting that congressional district lines are drawn at the state level, Bachmann said Obama's non-existent plan is an "anti-constitutional move."

I can’t even begin to comment on this. “Making shit up” is now the normal operating mode of many Republicans.
Posted by zeppo at 8:29 AM