So, this is what it is like to live in a parallel universe. 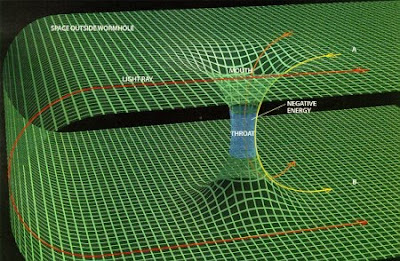 Huh. Interesting. I thought there might be more time warps or cities whose entire population consists of people who look like Winston Churchill. Of course, there is Lady Gaga. And the fact that the absolutely most important story of the year is the fact that Tiger Woods apparently screws around a lot. I guess this must really be a parallel universe.

Because, you see, in the universe that I thought I lived in, people act in a rational way and do things because they are in their self-interest. This universe I find myself in is in no way rational. Everywhere I look, people are acting like they have been infected with the Franz Kafka disease. Nothing makes sense anymore. The richest and most powerful country on earth has been brought to its knees by some unknown force that renders it incapable of doing anything remotely intelligent.

Affordable healthcare that can’t be cancelled just because you get sick and need it for once is the same thing as the Holocaust. The President of the United States is a fascist, a communist, a socialist, a non-America Muslim with a crazy Christian pastor who is actively trying to destroy the country. Protesters with signs within 100 yards of a Republican president is enough to get you arrested, but carrying a loaded gun to a town hall meeting where a Democratic president is speaking is just exercising one’s right to freedom of speech and to carry guns anywhere you might want to. It’s fine to invade another country that was absolutely no threat, where over 4000 Americans have died and trillions of dollars are spent, but spending money on propping up an economy on the brink of collapse and millions of people are out of work is a cause for angry mobs wearing Lipton tea bags on their hats to come out and carry racist signs. Television news picks up rumors and treats them like the Watergate break-in, but politicians spouting untruths on television that anyone with a computer and 15 minutes free time could easily demolish are invited back on next week’s program. Things such as filibusters that were the epitome of evil three years ago are now acceptable. Science is now on par with palm reading and phrenology. Hard scientific data showing our globe is heating up at an alarming rate is a plot to destroy capitalism. Everything that your enemies do is either sinful or a crime, but when you and everyone else that thinks just like you do does the same thing, that’s O.K.

Nothing makes sense. Our society has decided to play by the rules of Calvinball, and no one is willing to point it out.

So, this is a parallel universe… I don’t particularly like it much, but I suppose it is better nothing at all. I just wonder how I got here and whether it’s possible to find my way back to the universe that I thought I knew, where things made sense and people acting rationally. Probably not. Wormholes only work in one direction, as far as I know.
Posted by zeppo at 8:38 AM