“Crazy” [krey-zee], adj.- Insisting you never said something that there is a You Tube of you saying. 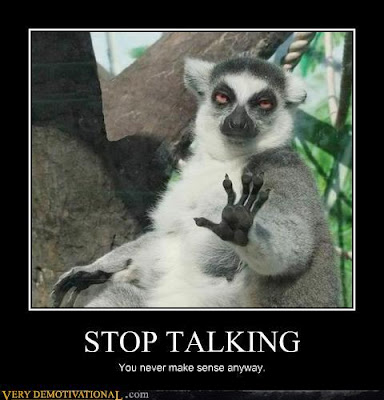 A new video today catches Rand Paul repeatedly supporting a $2,000 Medicare deductible on Kentucky seniors – despite his claims just last week that such a statement was a “lie.”

One trait that our current crop of politicians seem to share (and this is almost always conservatives, but I have seen where liberals fall into the same trap) is that they just say the first thing that comes into their head that they believe the “here and now” audience wants to hear or that they blurt whatever comes out of their mouths that they will think will get them off the hook. It’s amazing how many instances we have in recent months about politicians flatly contradicting themselves! They have been caught in an obvious, flat-out lie, and they don’t seem to care. And it never seems to bother their hardcore supporters, either.

I find this amazing about our society. Being caught in a lie doesn’t matter anymore. Digby is right. In a sane world, this would have immediately ended Paul’s run for office. But it won’t. The hardcore right, which is mostly made of up of older, scared white people, it seems, but they apparently haven't noticed that Rand Paul is talking about them! He is talking about making their Medicare deductible into an amount that most people on retirement pensions cannot afford. Maybe they think that they won’t be around when this kicks in, so if Paul gets his way, so it doesn’t matter to them. It will be someone else’s problem. Pretty heartless, if that is what they are doing. But I suspect it is something else. They just aren’t thinking, period. Rand Paul hates big government, is against liberals, and therefore, he is “one of them.” End of story.

Picture from Very Demotivational.
Posted by zeppo at 8:30 AM