People with an alternative reality. 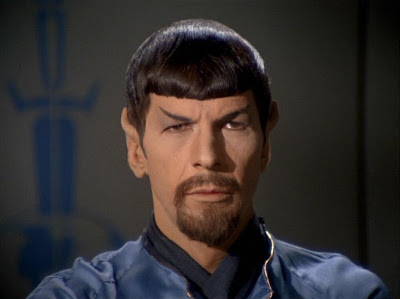 The title, I believe, is an apt description of many conservatives these days. Now, don’t get me wrong. I understand that there will always be differences of opinions and there is more than one valid viewpoint to any particular issue. I am also of the opinion that this country is in dire need of two political parties. The caveat to that last one is, however, that these two political parties, while they are not expected to agree with each other on particular points of policy, are expected to find common ground with each other so that issues can be worked to the betterment of all the American people. Currently, this is not true, as one of the main political parties has been taken over by people who are unable to accept reality.

I will attempt to explain my point. It rather well documented these days that conservatives desire to make events and situations in the world palatable to them in order to make everything that occurs in the world support their peculiar worldview. To whit:

• President Obama is a socialist and a terrorist-sympathizing Muslim who was not born in the United States and is therefore unfit to be president.
• The only reason Barack Obama was elected president is that he is black, because black people always will vote for a black man and white people only voted for him because they felt guilty.
• Healthcare reform is an effort by the government to take over the country’s healthcare system and, by the way, will kill old people.
• The census is a government plot to put conservatives into interment camps.
• Any bad press for any Republican is proof of a liberal media.
• Fox News really is fair and balanced.
• Sarah Palin really didn’t quit halfway through her term as governor of Alaska.
• Global warming is a myth.
• There really were WMD’s in Iraq and Saddam Hussein was indeed responsible for 9/11.
• Torturing suspects is patriotic, provides useful, actionable information and, if given a chance, Jesus would have supported torturing suspects as well.
• All Muslims are terrorists, regardless of whether or not there has ever been any direct proof against each individual, but white Americans who are upset with the duly elected government of the United States, who are upset with the IRS and fly small airplanes into federal buildings are now some sort of folk hero.
• The residents of New Orleans were scum and deserved to have their homes destroyed by Hurricane Katrina.
• If you don’t teach teenagers sex education, they won’t have sex.

But wait, there’s more. Conservatives are not content to limit themselves to viewing current events through their special “conservative” lens. They also insist on rewriting history in order to make it more palatable. I suppose this is an effort to use “history” to “prove” the correctness of their current position.
• Woodrow Wilson caused the Great Depression.
• The American Civil War was not about slavery and was a direct result of “northern aggression.”
• Joseph McCarthy was a hero and deserving of praise.
• Thomas Jefferson was not influential in determining the course of the government of the United States.

And, of course, there’s religion…
• God and Jesus hate gay people.
• Christianity is older than Judaism.

It goes on and on. I could write a lengthy post about each and every one of those items above. Many others already have. My point here should be more than obvious. Conservatives these days have devised their own reality. Hard core conservatives live in a universe where their facts are not the same as everyone else’s facts and are, in reality, 180 degrees in the opposite direction most of the time. When they are confronted with proof that their views are incorrect, they have absolutely no problem with discounting that proof because their “facts” show them to be correct.

This is why there cannot be and will likely never be any cooperation or even understanding between the left and the right. We are operating on two totally different planes. We might as well be inhabiting two alternate but parallel universes. Instead of one being made of matter and the other composed of anti-matter, our universe is made from facts and theirs is composed of anti-facts. Two totally separate realities, each one self contained, but will anniliate each other when they come into contact.

That is what is going on in the United States today, and frankly, I see no way to ever alter it. Pandora’s Box has been opened and it is not going to be closed without a severe disruption to the time-space continuium.

Warning: You may not want to click through some of the links I have provided. They go directly to the anti-fact universe.
Posted by zeppo at 8:22 AM