There is no possibility of understanding each other when we insist on having completely different realities. 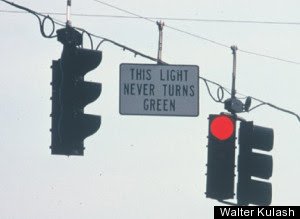 In fact, I believe that we have reached the point in this country where the two sides, commonly referred to as “left” and “right” or “red” and “blue”, do not want to reach an understanding with the other side. All we want is to see the other side lose, hopefully with the added bonus of being humiliated at the same time, and generally lose all credibility for all time.

In support of this not terribly startling hypothesis, I give to you a very personal example; me. I generally look upon myself as a rather reasonable fellow during most of the day, subject to the periodic whims of bad temper and irrational wishes. But generally, I think we, as a nation, should do what is best for our people and the future of our nation. That’s pretty high-level stuff, of course, and rather simplistic. The devil is in the details, as they say. But still, I normally wish for whatever is best for us, collectively, and I am willing to rethink my position when presented with new information.

Still, I am at the point where I have absolutely no wish to understand the mindset of many on the right, because I am convinced they are batshit crazy. They have absolutely no concept of what they are doing, even on a daily basis, except to do or say whatever they think will make their enemies “lose” or “look foolish.” That’s it. They just open their mouths and spit out whatever comes into their minds that they think sounds the best in accomplishing those goals. I won’t go offer specific instances here. You can find them in abundance every single day. I will point to people like Sarah Palin, Glenn Beck, Michele Bachmann, Louie Gohmert, most of Fox “News”, etc. as sources of what I think are insane ravings. I have absolutely no desire to try to look into their side of things, because I believe that would be akin to looking into the Mouth of Madness. There is no understanding possible, because it is impossible for a sane person to truly understand an insane person. All we can know is that person is insane. I experience difficulty when talking with my older brother or someone who used to be my closest friend, because I have to put it out of my mind completely that what I believe and what they believe are in total opposition. It takes as effort even at that level.

One the other side, based on all evidence I have seen, the right has exactly they same mindset, or even worse. They truly believe that every single problem in this country has been created by the left. They don’t want to work with the left to make things better. They want to destroy the left. They don’t want to understand any of our thoughts or positions on issues that affect this country and its people. All they want to do is to crush their enemies. That is what they want.

There is no understanding possible between these two sides. I believe the term is called “irreconcilable differences.” It takes two to tango, as another old saying goes, and in this current situation we have, not only do the two not want to tango, they don’t even want to be in the same building with each other. It is pretty difficult to reach an understanding with each other and work toward constructive solutions to difficult problems when the two hate each other’s guts.

I doubt we are anywhere near the point of, say, what occurred in the now defunct Yugoslavia. But that wasn’t pretty. Or even Northern Ireland. I sincerely hope that we haven’t reached the point where killing each other seems like a natural reaction to real and perceived grievances. But given the rash of “lone madman” events that we have had over the last few years, and add in the case of the very powerful and sophisticated bomb in Spokane, Washington along the parade route on Martin Luther King Day, it seems as if the United States might be closer to those two examples than we might like to admit.
Posted by zeppo at 7:56 AM