I cannot, for the life of me, figure out how Republicans have any support from individual Americans anymore. 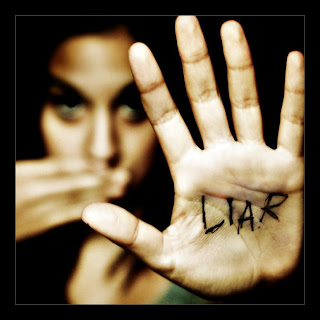 Every single thing that the Republican Party does these days is either to A) give massive amounts of power and money to individuals and corporations who already have money and power and B) propose to take away programs and benefits from the middle and lower class. Every single f*cking thing.

Increasing the tax rates on millionaires and billionaires is now apparently some sort of “Third Rail” in American politics (translation: Like the high voltage rail in a subway railroad track, touch it and you die). We cannot even begin to talk about closing tax loopholes for huge corporations, such that companies like GE and Boeing not only don’t have to pay income taxes, they actually get billions of dollars in rebates! And what kind of discussions are we having? Raising the retirement age. Doing away with the federally mandated minimum wage. Getting rid of Social Security, or else privatizing it so that these huge corporations can get their hands on all that money. Gutting public education and all sorts of public services for low income Americans. Getting rid of all unions, not just for public employees. You wait, it will happen.

How can the Republicans possibly keep selling themselves to the American public on being on their side and watching out for the concerns of everyday Americans? This is absolutely insane. During the healthcare debates of last year, what was one of the big anti-healthcare reform rallying cries we continually heard? “Keep your hands off my Medicare!” “Democrats are going to take away your Medicare!” And what does Paul Ryan’s proposed “budget” do? It does away with Medicare as we know it! It turns it into a voucher system that will go directly into the pockets of huge insurance corporations and medical providers!

How can this possibly happen? The Republicans in office must know they are full of crap. They cannot possibly believe they are doing all of this for “The American People.” They just cannot be either that stupid or unaware. Therefore, they must know they are lying through their teeth 90% of the time. I’m sorry, I don’t call people liars very often, but I just cannot see any other conclusion. And I certainly don’t see how the Republican supporters still believe that the Democrats are evil and are the ones that are, in their minds, trying to destroy the country. And how is the big media outlets not calling BS on all of this? Are Republicans so caught up in the prevailing Groupthink that they cannot see what is plainly in front of their collective noses? Is tribalism so rampant that they cannot imagine that “their side” is not the shining example of Truth and Righteousness that they have been told?

This is so crazy. I just don’t think anyone could have ever imagined something like this occurring.
Posted by zeppo at 8:55 AM