Republicans are apparently genetically incapable of not being assholes. 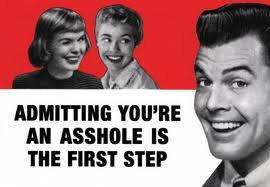 So, back in the days when George Bush was president, what were the rallying cries of Republicans back then, which apparently rebutted every single thing that Democrats ever said or did?

Ah, the good old days. Well… Those days have certainly passed, once a Democratic congress (now just Senate) and a Democratic president were elected. Republicans are under some sort of blood pact that says they must oppose every single thing that Democrats do, not matter if it is in direct opposition to the stances they took when the Republicans were in power. Every single thing. They are absolutely incapable of letting President Obama or Democrats in general being seen as having “won” something or other.

Case in point, 9/11 first responders. First, Republicans blocked providing healthcare coverage for those brave people who were the first into the scene, risking the same death that took so many of their fellow citizens. No, we can’t provide healthcare for them! That would be socialism! (Remember that little episode? It was called the Zadroga bill. The only reason it ended up passing was that Jon Stewart, on the Daily Show, went after Republicans for being such hypocrites. )

Now, some dumb cluck Republican representative stuck on some provision that requires these brave people, the ones that Republicans were so good as using as props when bashing Democrats, to undergo a security check to make sure they aren’t terrorists before they can get their benefits.

Medical providers will soon inform 9/11 first responders about a provision in the James Zadroga 9/11 Health And Compensation law that requires them to be run through the FBI's terrorism watch list before they can receive health care benefits.

According to a letter obtained by Michael McAuliff of the Huffington Post, Dr. John Howard, director of the National Institute for Occupational Safety and Health, is instructing health care providers to tell their patients about the provision before they can begin to receive benefits in July.

The provision was tacked on by Rep. Cliff Stearns (R-FL) during the contentious fight over the bill in December, which was blocked by Republicans at the time. Stearns' amendment adds a paragraph stipulating the "disqualification of individuals on the terrorist watch list," and requiring each potential beneficiary to be run through the list.

McAuliff reports participants "will soon be told that their names, places of birth, addresses, government ID numbers and other personal data will be provided to the FBI to ensure they are not terrorists."

This is an example of why I hold absolutely no hope of American society ever recovering from the Bush years. Republicans, along with their corporate leash-holders and their attack dog media, cannot bring themselves to do the right thing if it means being on the same side of the fence, or even somewhere near the same fence, as Democrats. Democrats, by definition, are evil and want to destroy this country, so they must be opposed at every turn. No surrender, no retreat, no hint of contrition, even when it comes to something like this. What person in their right mind is going to think that these first responders are terrorists? What sort of warped logic is that?

I was about to call this guy a toad, but that would be insulting to not just toads, but all amphibians. What a small, small person. "Vindictive" doesn't even begin to put a label on this guy. "Spiteful" and "malicious", perhaps. I have to wonder how these Republicans live with themselves. But for some reason, I have to suspect this idiot actually feels GOOD about doing this. "He! He! I really stuck it to those Democrats with that one!"

As I think I said in a previous post, the only silver lining I can see out of all of this is that Republicans may be in the process of alienating every single person in the country that isn't white, over 50 and either belongs to a country club or is very ignorant of current events and believes every single thing that Fox News and Rush Limbaugh tells them. The next election is going to be very interesting, indeed.

Update: More Republican asshole-ishness, from Michigan Messenger, via Crooks and Liars.
Posted by zeppo at 7:39 AM