I had heard that Alaska senator Ted Stevens was a loon, but I wasn’t interested enough to find out why. 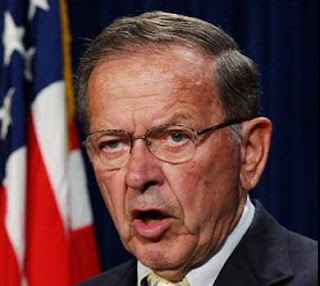 I know that he was at the end of that whole Bridge to Nowhere fiasco. But I was always seeing these little quotes about the internet being “a series of tubes”. Odd, I thought, but what can you expect from a Republican ideologue who has no idea what he is talking about? Same can be said of Oklahoma’s James Inhofe.

Well, this post in DailyKos, although about another concern altogether, finally put the entire Stevens quote out there, context and everything. And boy, it’s a doozy.

I just the other day got, an internet was sent by my staff at 10 o'clock in the morning on Friday and I just got it yesterday. Why? Because it got tangled up with all these things going on the internet commercially [...]

They want to deliver vast amounts of information over the internet. And again, the internet is not something you just dump something on. It's not a truck.

It's a series of tubes.

The internet is not a truck. Instead, it’s a series of tubes. Right… Gotcha. Waiter! Check please! Now!!