As Republicans opt out of the political process, policy debates are now occurring WITHIN the Democratic Party. 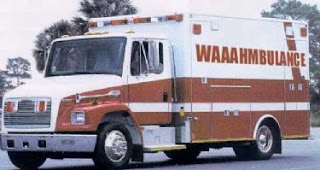 I find this fascinating. At least from the ivory tower, “this is really how it should work” perspective, you would think policy debates in Congress would be between Republicans and Democrats. After all, there are very different points of views on the opposite sides of the political spectrum. Debating those differences seems more than logical. However, it seems as if the entire Republican Party has just mailed it in. They have opted out of the process. They are no longer just the party of the loyal opposition. No, they have decided the best way to maintain their political purity is to vote a resounding NO to anything proposed by the Democrats. And God help those who don’t toe the party line. Arlen Specter decided to switch parties after it became apparent to him that he wasn’t pure enough for the party ideologues. When Olympia Snowe wrote an Op Ed in the NYTimes that essentially said she was worried that moderates were no longer welcome in the Republican Party, the overwhelming reaction was “Don’t let the door hit you on the way out!” Anyone who criticizes the GOP or Rush Limbaugh is no longer welcome, not unless they do a bit of groveling first. Dick Cheney says that he thought that Colin Powell wasn’t a Republican anymore. And it goes on and on. What Olympia Snowe said is really true, moderates and ANYONE who doesn’t toe the Republican Party/ultra Conservative/born again Christian line is really not welcome in the Republican Party. End of discussion.

What the Republican Party has essentially done is to throw in the towel on any meaningful debate about policy. There are very valid reasons to disagree with any sort of proposal these days, and the amount of money being tossed about is truly astounding. There really should be debates on how best to rescue this country from the myriad of problems we all face. But the Republican Party would rather gnash their teeth and rend their garments about anything and everything these days. They have absolutely no idea about how to govern. The only thing they really know how to do is vilify “the enemy.” Now that now longer seems to be as effective as it once was, they have absolutely no idea how to respond, other than to crank up the volume on the same old message that is no longer working.

In a fascinating turn of events, it seems that the political debates that should be going on are happening within the Democratic Party itself. The “progressives” and the “moderates” (also known as Blue Dog Democrats) of the Democratic Party are really not happy with each other at times on some very important issues. For example, here is a little tidbit from the NYTimes about the debate on the Democrats attempt to fix our broken healthcare system.

WASHINGTON — Forty-five House Democrats in the party’s moderate-to-conservative wing have protested the secretive process by which party leaders in their chamber are developing legislation to remake the health care system.

The lawmakers, members of the fiscally conservative Blue Dog Coalition, said they were “increasingly troubled” by their exclusion from the bill-writing process.

They expressed their concerns in a letter delivered Monday to three House committee chairmen writing the bill, which House leaders hope to pass this summer.

Representative Mike Ross, an Arkansas Democrat who is chairman of the coalition’s health task force, said: “We don’t need a select group of members of Congress or staff members writing this legislation. We don’t want a briefing on the bill after it’s written. We want to help write it.”

Mr. Ross and eight other lawmakers who signed the letter are on the committees responsible for writing the legislation.

Centrist Democrats said they fully endorsed President Obama’s goal of guaranteeing access to health insurance and health care for all. But, they said, they are concerned about the cost of the legislation, which could easily top $1 trillion over 10 years. And they want to be sure that the role of any new government-sponsored insurance program, expected to be a centerpiece of the bill, is carefully delineated.

Personally, I would love to see a single payer system (that is, the government administer our healthcare system), but that’s just me. I readily acknowledge that there are many potential pitfalls with that. Others prefer alternative methods. That’s great. We need to have that debate. What we really need to do is fix the problem! It isn’t easy and there isn’t likely to be a consensus on the issue without lots and lots of work and many concessions by both sides. And that process looks like it is starting to occur.

I just find it amazing and more than a little amusing that the Republicans have taken themselves out of the game. Political purity is more important to them than actually, say, winning future elections or addressing the country’s problems in a manner that is acceptable to them. They would rather just sit on the sidelines, holding their breath in a very manly attempt at turning blue, hoping that someone will eventually notice them.

As the current saying goes, “Good luck with that.”
Posted by zeppo at 7:06 AM