I just do not know what to make of conservatives now. 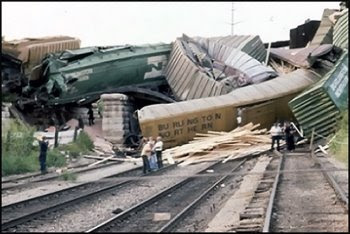 O.K., sure, there are conservatives out there who have values they live to and do not lie to “win” cheap points off their sworn enemies. But they sure aren’t much in evidence these days. Right now, all I see is Rush Limbaugh, Sean Hannity, Bill O’Reilly, Newt Gingrich, Dick and Liz Cheney and Tom Tacrendo. And I see these people are all flaming lunatics. Rush seems to think that Sonia Sotomayor is a dangerous racist and nominating her to the Supreme Court is the same as nominating David Duke. He also thinks that conservatives are being oppressed and should learn to “fight back”, because they don’t know how. They’re docile, you see. They let evil liberals just run them over all the time. I also just saw a clip of Rush the other night comparing himself to Thomas Jefferson, because Rush can see things that others can’t. I almost threw something at the television set at that point.

I could go on and on, but it would serve no purpose really. I am just seriously in awe of someone who can be so pompous that he would toss out of the Republican Party anyone who disagrees with him, on anything. Anything. You disagree with Rush, you are not a Republican. And this guy is working under something like a 45 million dollar salary. Amazing.

Well, I guess all I can say about this is that the Republican Party is going to have to do something to save itself from, if not total extinction, then from a long, forced march into irrelevancy. The problem is that they made their pact with the devil long ago. They depended upon the votes of racists, born again fundamentalists and angry white men who don’t like anyone except other white guys exactly like them. That is whom the Republican Party depended upon to win elections. And now those people are running the party. It’s going to be a bitch for anyone to stand up and take control back from the lunatics who are now in charge of the asylum. I don’t even see anyone attempting to try, any time soon.

This is going to be a long, drawn out affair.
Posted by zeppo at 8:07 AM