In addition to Texas Republicans, Georgia Republicans now think that secession is a pretty good idea. 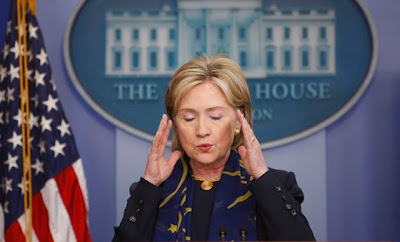 "Oh, my God. President Obama didn’t mean that I was going to the Republic of Georgia. He meant Georgia! I am going to Atlanta! As if dealing with Hamid Karzi isn't enough, I have to talk to those idiots as well?”

I must admit, those feisty folks in the Georgia state senate have gone WAY past just a veiled threat. No, the Georgia senate just voted 43 to 1 (let me repeat, 43 to 1) a resolution that… does something. From The New Yorker, here is a bit of a description of the lunacy.

The resolution is written in a mock eighteenth-century style, ornate and pompous. Just two of its twenty sentences account for more than 1,200 of its 2,200 words. But the substance is even nuttier than the style.

It begins by saying that what it sneeringly calls “a compact under the style and title of a Constitution for the United States” limits the “General Government” only to specifically named powers, such as punishing piracy and counterfeiting, and that “each party” to the “compact,” i.e., each state, is the final judge of whether the “General Government” has overstepped its very tight bounds. Among other rights, the states “retain to themselves the right of judging how far the licentiousness of speech and of the press may be abridged without lessening their useful freedom.” (There’s a lovely phrase: “the licentiousness of speech and of the press.”) If I’m reading the resolution’s convoluted language correctly, it also asserts that the states have a right to suppress “libels, falsehood, and defamation, equally with heresy and false religion” without interference from “federal tribunals.”

Italics mine. If Congress were to reinstate the assault rifle ban (admittedly an unlikely prospect), there would be no more United States of America.

To repeat: this was passed by the stalwart patriots of the Georgia state senate by a vote of forty-three to one. According to Beutler, the South Dakota house passed a similar resolution, 51-18, and an Oklahoma version passed that state’s house, 83-13, and its state senate, 25-17. Oklahoma’s Democratic governor, Brad Henry, vetoed it, noting dryly in his veto message that it “does not serve the state or its citizens in any positive manner.”

Are we going to have to fight the goddamn Civil War all over again just because the country elected someone that the Republicans in the ex-Confederacy don’t like? And yet, somehow, criticizing President Bush and his rush to invade a country that had absolutely nothing to do with 9/11 was somehow treasonous?

Republicans are really insane these days. I mean it. Absolutely frickin’ insane. And these people are the elected officials of the state. What is going through the minds of the rest of the denizens (I now refuse to call them citizens) of these states? Yeah, I would like to see all these people start squealing when they realize what kinds of things they would lose if their state were no longer part of the United States of America.

UPDATE: It occurred to me that these people are not really serious, but are just in the process of thumping their shoes on the table, a la Kruschev, just to get people to pay attention to them because they know that the Republican party is no longer the dominant party in the U.S. "Pay attention to me or else I'll hold my breath 'till my face turns blue!!" Maybe... Tantrums seem to fit with the Republican mindset these days. But I am more than willing to be that many of these people are completely serious. You know, when liberals were upset with how things were going under Bush, I never once heard this kind of talk. I heard plenty of talk about moving to Canada, but never breaking up the Union because certain people didn't like how our President was running the country. Let's just hope that we don't see another John Wilkes Boothe pop out of the shadows of all this anger and hatred and into the limelight.

UPDATE II: It turns out that Hilzoy at Washington Monthly has thought about this development out of Georgia as well. Gosh, it turns out that the Georgia State Senate is not only totally out to lunch, they are a bunch of pliagerists as well! At least they used a very well informed source for their pliagerism, but using Thomas Jefferson to come up with language supporting the supposed rights for states to just ignore any laws they don't like and to remove themselves from the Union at their pleasure seems more than comically ironic.
Posted by zeppo at 6:39 AM