From cracked.com, here is part of a post called “6 Evil Henchmen Who Sucked at Their Job”. Go check out the entire thing.

Henchmen are an essential part of every plot to take over the world. Unfortunately, even the best henchmen let us down. Is it something inherent in the henchman archetype? Or is it just that we expect too much from grown men in form-fitting body armor? Honestly, we don't know. But we do know that it hurts every time, and nowhere more so than in the six cases below.

Soldiers of the Galactic Empire, as featured in the Star Wars franchise. 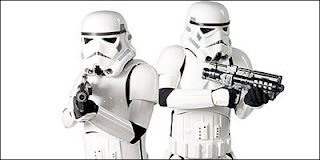 Why Were They Feared?

Stormtroopers started out strong. The way they stormed that Rebel blockade runner in Star Wars was pretty sweet. And the way they overran that Rebel base in The Empire Strikes Back was the epitome of cool (OK, so they let most of the rebels escape from Cloud City, but the rebels had inside help from known scoundrel Lando Calrissian, so we could let it slide). By that point, it seemed like Stormtroopers could do no wrong. But then something happened, something... awful. 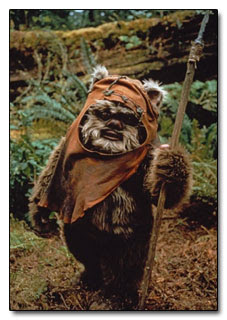 After convincing us that they were the baddest asses in henchmen history, Stormtroopers suddenly went all France on us. Somehow, a frigging army of Stormtroopers was outwitted, outmaneuvered and just plain outfought by a bunch of overgrown merkins whose most advanced weaponry was flint-tipped arrows. But that's not even the worst part. The worst part is that these weren't just any Stormtroopers. No, these were, in the Emperor's own words, his best troops, for fuck's sake.

Of course, no one wanted the Stormtroopers to win. Yes, we loved them the way only impressionable adolescents can love something, but we knew they were evil, and we wanted them to get their comeuppance in the end. But not like this. Losing as ignominiously as they did on Endor didn't just diminish the villains, it also diminished the heroic men and women who defeated them.