There’s really just too much insanity going on to single anything out to write a post about. 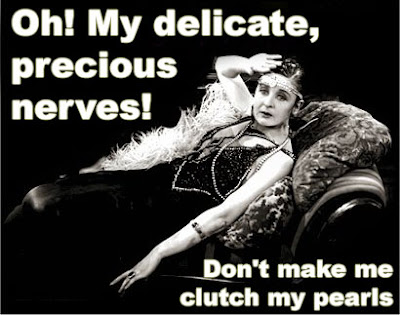 Insane, the amount of insanity. It makes my head all Oweee and stuff. Barack Obama’s birth certificate. The bussed in morons paid for by lobbying firms to disrupt town hall meetings. I can’t get over the fact that over 70% of the people in this country are worried about our healthcare system and would like to see it fixed but yet our government (including a President, a Speaker of the House, and majorities in both the Senate and the House who all support healthcare reform), but it looks like we aren’t going to get anything done, yet again.

There was one bit of good news this week, when President Clinton made a trip to North Korea and managed to secure the release of two imprisoned reporters who had been sentenced to 12 years hard labor. That’s great. However, it’s terrible in the eyes of Josh Bolton and a whole bunch of other wingers. We’re rewarding “bad behavior.” Yeah, NK definitely does have an attitude problem and exhibits all sorts of bad behavior. The U.S. really hasn’t been a model citizen the last 10 years, however. But listening to these guys makes me a little ill. I guess we should have sent a few nuclear tipped cruise missiles their way. I am sure that would have worked. Nothing bad could possibly come from that.

These morons will never be happy. They are somehow required to stomp and pout and hold their collective breaths until they turn blue when President Obama and the Democrats do ANYTHING. It wouldn’t matter if they put out an informational bulletin that said something to the effect of “tying your shoes in the morning before you go out their door is a good idea and will likely prevent future mishaps.” Republicans would find a way to complain about it.

I mean, really. I would like to write a more cogent and purposeful post. But I am just so sick of everything that is going on these days. I wish conservatives would just sit down and STFU for a change. We had to put up with Bush, Cheney and all their “lawyers” who would write them secret memos that gave them legal cover for anything they felt like doing. The Dems might not succeed, but at least they are attempting to fix everything that Bush and his minions have damaged while they were in power. Just shut up, for God’s sake.
Posted by zeppo at 8:57 AM