Valiant Republicans protect America from the Forces of Evil (a.k.a. Barack Obama)!! 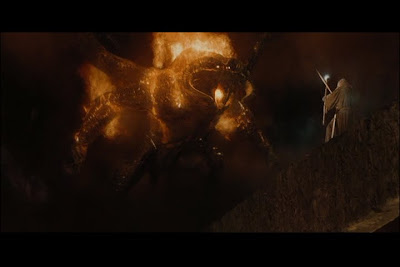 One of these days, something is going to happen to introduce a large enough perturbation into the system (such as Michelle Bachmann opening her yap one too many times in a single day) that will cause critical mass to be reached and this entire country is going to disappear into a gigantic black hole of stupidity. Poof. Gone. France will be left wondering, “Where the hell did the United States get to? Merde. We would like to be insulted more.” Canada will wonder why there is a huge hole on their southern border but will secretly feel relieved.

I haven’t been blogging much, as I am just dumbstruck about how idiotic this country has become. People are going insane, right there on nightly television, and almost no one seems to notice. It’s like a zombie attack is ongoing and most of the media is reporting on it like zombies are some of the most reasonable beings on the earth, so their side of the story must be presented as well. "Witnesses report that zombies are eating human brains! The zombies disagree, responding that such attacks are absolutely untrue and un-American. Stay tuned for our next story, where neighbors rescue a kitty from a tree."

I suppose one good thing about all of this is that we are seeing what has been buried in the collective psyche of the American conservatives. It’s just being laid out there, for the entire world to see. In this alternative reality, Glenn Beck isn’t the racist, Barack Obama is. Karl Rove isn’t the one who had his party in the “perpetual campaign mode”, Barack Obama is. No one is comparing Rush Limbaugh to Hitler, but he gets all upset that some unspecified people are and vows not to stand for it, and then goes and compares President Obama and the Democratic proposals for healthcare reform to Nazis. Many people believe, without a shred of evidence, FEMA is setting up interment camps out in the wilds of Colorado and Nevada and that end-of-life counseling to be paid for under the healthcare system is somehow equal to euthanasia for the elderly and infirm. People now feel free to bring loaded handguns to town hall meetings, but yet during the Bush years, people were arrested for holding signs that protested the war in Iraq. Many people are scared shitless that the government will come in and sort of take over their lives and President Obama has no intention of honoring the Constitution, yet that is exactly what happened under President Bush and conservatives hardly said “boo!”

I don’t know what is going to come of this country. I am truly beginning to get rather scared that something not very nice is going to happen. Some lunatic is going to take a shot (gun, not verbal) at a prominent Democrat. I truly thought one older gent was going to take a swing at Arlen Specter the other day at his town meeting… Some Timothy McVeigh wannabe is going to do something incredibly stupid and harm a lot of innocent people. And many on the right that have been egging on these scared and easily manipulated idiots will go “tut tut, that’s terrible, but the Democrats have only themselves to blame” or just look the other way and pretend that they didn’t have anything to do with it.

I am just truly amazed that these people can have such a warped view of their fellow Americans. Democrats and liberals are inhuman monsters, apparently, so anything that conservatives can imagine that we might want to do is apparently, in reality, what we want to do. And they must fight with all their might against anything that they believe they President Obama is trying to do, even if it is for their own good, even if there is not a shred of evidence to support their fantasies!!

This country is insane. And somehow, everyone seems to believe that America is somehow exceptional in this world. Yeah, exceptionally insane.

(Note: I’ll be on a business trip for the next week. Check back later, or else go click on some of the links over to the right.)
Posted by zeppo at 9:29 AM