If you have to start our your statement with "I'm not a scientist, but..." 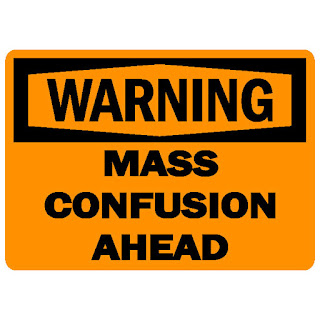 You know something?  That may just automatically disqualify you from having an opinion that will be taken very seriously by anyone who IS a scientist or trusts how actual, real-life scientists go about their business.

I get the sense that people (including prominent politicians) who say this when weighing in on global climate change or whatever think this is some sort of "Get Out Of Jail Free" card.  They can say what they think and demand to be heard and respected, but when someone calls B.S. on them, well, they get to fall back on the "I'm not a scientist..." trope.

One thing that just makes me really angry with the discussions ongoing in the public arena is how intellectually dishonest some people are.  Anything to win, even to the point of making up crap out of thin air.  If no one calls you on it, then you win!  And even if you do, that lie is out there and has a good chance of taking root even though it has already been thoroughly debunked.  The audience to which that was intended doesn't CARE if it isn't true.

When one side insists on playing by entirely different rules than the other side, no matter the context, then it is pretty certain that chaos will result and the concept of working together to solve problems is totally a waste of time, because the two sides can't even agree on the basic facts and ideas being discussed.