Science is not an absolute, and that is perfectly fine. 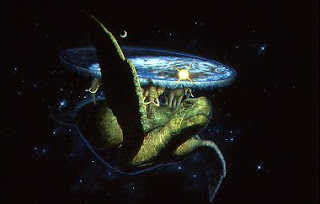 I found this great quote in a Terry Pratchett book titled The Science of Discworld. It kind of encapsulates a lot of things I think about our current society and why science seems to has come to be something of a political football, where a person's political leanings dictate whether or not they are going to accept scientific results. And another thing that is hinted at is there is NEVER absolute certainty about science. Never. Newtonian physics was great for centuries until Einstein and modern physics came along, and Einstein was even unsure enough about his results that he deliberately inserted an error in his results. And finally, science is likely to give very strange results sometimes (like the universe might actually contain 11 dimensions) and ones that aren't particularly wanted. It doesn't matter. As Neil deGrasse Tyson says, "The good thing about science is that it's true whether or not you believe in it."


If you don't know about Pratchett or Discworld, I am not going to explain here, other than give you an illustration of said Discworld (Painting "Great A’Tuin" by Paul Kirby). I recommend you check out these hilarious books.
Posted by zeppo at 9:28 AM