Republican candidates for President? This is the best you can do? 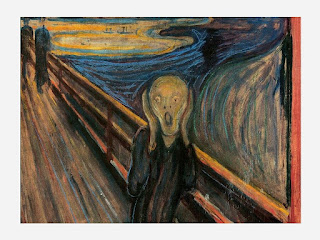 We have a Republican candidate for the most powerful office in the world saying that he might bomb Iran on his very first day in office.

We have another who might try to start a war in three different countries if he gets elected.

One thinks that Americans should be working harder and longer, but they don't deserve to get paid any overtime for working more than 40 hours.

Sitting governors running for president apparently hate their flagship universities in their state.

One candidate is under criminal indictment.

Another could possibly be indicted but at the very least showed extremely poor judgment about his choice of governor's staff and close confederates such that they felt they could enact political revenge for their boss's sake using state funds and infrastructure.

One is a sitting senator and pretty much single-handedly shut the government down for several weeks last year for a reason that even he cannot explain.

One came from industry where she pretty much ran a major corporation into the ground.

And, although I could continue, who can forget the incredible large ego of the real estate broker and reality show host who has absolutely no filter between his brain and mouth.

And all of the think that global climate change is not a real issue and the most important thing that they must do when elected is to repeal "Obamacare" which has provided insurance coverage for over 12 million people who didn't have health insurance before.  That number would be higher if Republican governors would accept expanded Medicare like the plan originally envisioned.  Oh, and we mustn't forget gay marriage.

But yet, if you listen to Republicans, conservatives of all stripes, Fox "News", Rush Limbaugh, et. al., liberals are going to destroy this country.  It's all liberals fault, if not Obama's fault directly, for anything that happens in this country that they don't like.

That's why I feel like screaming.
Posted by zeppo at 2:10 PM