Kafka’s “The Castle”: a work of fiction or a playbook for General David H. Petraeus? 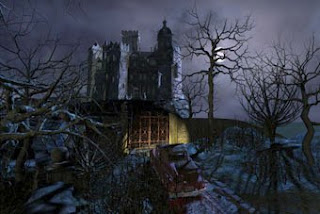 “The Castle” is probably one of Kafka’s lesser known works. In fact, he never finished it. He died before it was completed, and the manuscript was then “completed” on several different occasions, first by a friend and then by a publisher, with some help by some translators along the way. Here is part of the Wiki entry.

The Castle is a philosophical novel by Franz Kafka. In it a protagonist, known only as K., strives to gain access to the mysterious authorities of a castle that governs the village where K. has arrived to work as a land surveyor. Dark and at times surreal, The Castle is about alienation, bureaucracy, and the seemingly endless frustrations of man's attempts to stand against the system.

The narrator, K. arrives in the village, governed by the castle. When seeking shelter at the town inn, he gives himself out to be a land surveyor summoned by the castle authorities. He is quickly notified that his castle contact is an official named Klamm, who, in the introductory note, informs K. he will report to the Council Chairman.

The Council Chairman informs K. that, through a mix up in communication between the castle and the village, he was erroneously requested but, trying to accommodate K., the Council Chairman offers him a position in the service of the school teacher as a janitor. Meanwhile, K., unfamiliar with the customs, bureaucracy and processes of the village, continues to attempt to reach the official Klamm, who is not accessible.

The castle is the ultimate bureaucracy with copious paperwork that the bureaucracy maintains is "flawless". This flawlessness is of course a lie; it is a flaw in the paperwork that has brought K. to the village. There are other failures of the system which are occasionally referred to. K. witnesses a flagrant misprocessing after his nighttime interrogation by Erlanger as a servant destroys paperwork when he cannot determine who the recipient should be.

Well, that’s enough of the summary. To the reader, it seems like a exercise in futility. K. keeps trying to see the officials in the castle, and huge amounts of arcane rules and procedures prevent him from ever achieving his goals. The exception is of a single moment, when he was asleep, and the person K. has been trying to see for ¾ of the book walks into his room, chuckles to himself and then essentially says, “Sorry, you had your chance! You were asleep!” and then the official admits that the entire purpose of the bureaucracy is to prevent people from achieving their goals, like seeing any official or getting any action taken.

Total absurdity. I remember reading it, thinking to myself, “What the hell is the point here? Isn’t anything ever going to get resolved? Why am I reading this?” (I’m an engineer, remember, not a lit major.) But still, enough of the novel still resonates that the reader will instantly recognize nonsensical administration rules and dealing with people who sit there, talking and acting like human beings, but seem to be operating like some alien life form or automata that isn’t using any form of logic that real flesh and blood persons ever employ. It’s all the same thing, just a matter of scale.

That is what I was thinking about when I was listening to Army Gen. David H. Petraeus and U.S. Ambassador Ryan C. Crocker testifying in front of the Senate regarding the Iraq war and how long does the U.S. need to keep high levels of American troops in harm’s way. Later this week, they will go in front of a House committee. The entire hearing just had this surreal sense to it, in that no one could actually really sit there, in front of some very important people, and say such crap and believe what he is saying or expect other people to believe it! It was all a matter of playing games, such that each side knew that games were being played and the Senators, no matter how hard they try, will never get their questions answered. They just won’t. That’s part of the game of futile absurdity.

Here are some conclusions from Dan Froomkin that I thought were very revealing.

While asserting that "the way forward on (troop) reduction should be conditions-based," Petraeus and Crocker were unable or unwilling to say what those conditions might be.

While insisting that the U.S. commitment in Iraq is not open-ended, they described no circumstance in which it would end.

They refused to consider any hypothetical scenarios, except for their own.

They refused to acknowledge that reasonable people might disagree with them.

And, as they demonstrated yesterday and in their testimony last September, no matter what the situation on the ground, they are able to use it as an argument for staying the course.

I don’t know how those could possibly be acceptable positions with anyone dealing in reality. Their entire testimony was too bizarre to actually have real people uttering such nonsense but, at the same time, expect to have people actually understand what they were saying and actually give any sort of credence to it.

Here is an exchange I particularly like between Petraeus and Evan Bayh:

Bayh: "And I would just ask you the question, isn't it true that a fair amount of humility is in order in rendering judgments about the way forward in Iraq, that no one can speak with great confidence about what is likely to occur? Is that a fair observation?"

Petraeus: "It is very fair, Senator, and it's why I repeatedly noted that we haven't turned any corners, we haven't seen any lights at the end of the tunnel. The champagne bottle has been pushed to the back of the refrigerator. And the progress, while real, is fragile and is reversible."

Bayh: "In fact, reasonable people can differ about the most effective way forward. Is that not also a fair observation?"

Ha! As Froomkin noted above, Patraeus just said, in front of a Congressional committee, that he doesn’t think it possible that reasonable people can have a different opinion than he does on this issue. There are about three possibilities I see here for someone to say something like that.

1) The man is a monumental liar and will say anything at all to anyone about anything without shame.

2) The man is egotistic and narcissistic to the point of megalomania, such that he believes that anything he utters, regardless of any conflicting facts, should be accepted without question by anyone he is talking to.

3) He is totally delusional, possibly psychotic.

I don’t see many other choices. It is possible that bits of all three are in play here. However, I go for item 1), mostly because I believe that he was either directly ordered to do lie and obfuscate, or has otherwise gotten “an understanding” from his superiors (meaning Bush and Cheney) to do just that, but without getting direct orders so they can maintain their stance of Plausible Deniability. That is what good military people do; take orders and carry them out. Orders from your superiors trump all other considerations. Colin Powell found out how well that works when the stakes are high and all eyes are on you. His personal reputation is now completely in tatters. He will never again command any sort of moral high ground in anything he says, and I think he knows it. But Petraeus, he has yet to figure this out.

However, that is probably the one and only reason that he still has a job and all the other military leaders who have disagreed with Bush have retired or been replaced.

But back to my original point. Logic seems to have gone missing from dealings with the Bush administration. We are operating with some other rules that regular people seem unable to comprehend. Everything is structured in order to prevent you from doing anything, no matter what it is.

Welcome to the Castle. Check logic by the door, next to the umbrella stand. You won’t be needing it.

Photo of Haunted Castle from SiamZone
Posted by zeppo at 5:48 PM