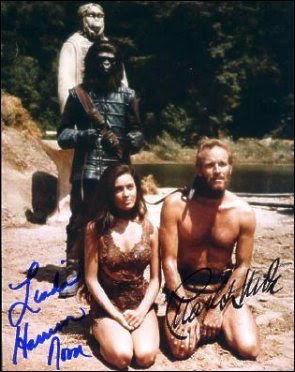 I didn't like his politics, particularly his stance on guns, and his acting seemed, at times, one dimensional. His role in the new updated Planet of the Apes, where he tried to warn everyone about humans and guns I found particularly weird, given his beliefs. Wasn't he president or spokesman of the NRA at one time? But still, it's really a huge loss when a legend of the screen passes. He will be missed.

Photo from Walls of Fame Hollywood Photos.
Posted by zeppo at 8:02 AM