I wonder what the next right wing freak-out will be after Obama’s speech to students? 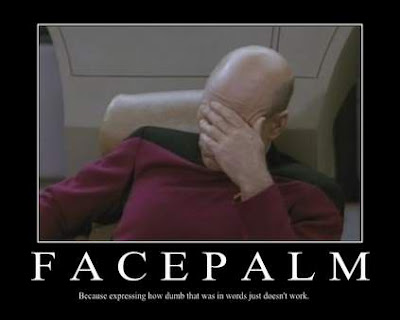 I am just in awe of how insane certain elements of this country are. (By "certain elements", I am referring to the 20% of the population who is hard core conservative and willing to believe absolutely anything about a Democrat, no matter how ridiculous, and pretty much 100% of the wingnut bloggers and radio/television hosts, along with most of their guests.) I am not going to rehash the whole discussion. I am sure everyone knows about it already. (If, on the other hand, aren’t an American and don’t know what I am talking about, well… I would forget about it. It isn’t worth your time to understand.)

Here’s a link to a web video on Crooks and Liars on a segment that Keith Olbermann had on his show. (I believe I have the ability to embed videos on this blog. However, since I have never tried, I am not really feeling up to trying it now. Just click the link.) It’s a short compilation about the crazy things that many right wing media personalities said about Obama’s speech. I mean, these folks sounded unhinged before the speech itself. Now that it is over, they REALLY look insane. But you know how it goes. Tomorrow, everything will be forgotten, no one will ever express any embarrassment or contrition, and they will all move on to the next “issue” they can get outraged about.

The absolute craziness aside, the hypocrisy is stunning. I remember a time, not that long ago, where wearing a T-shirt or holding a sign that contained anything critical of the Bush administration or their policies (e.g., No War In Iraq!) could get you arrested if you happened to be in the "wrong place", such as a public store in a mall or within sight of a presidential motorcade. Yet, these lunatics can get on national TV and call the current president a racist, compare him to Hitler, say he isn’t really an American citizen, say that he is willfully destroying our country, that he desires to set up detention camps for conservatives… Insane.

These people are also quite willing to forget about or attempt to rewrite very recent history. One of the latest boogiemen seems to be the “czars” within the Obama administration. The conveniently forget that Nixon started the concept and it was used and expanded under every president since then, including Republican presidents, including “St. Reagan.” They pretend they don’t remember that Republican presidents, Reagan, Bush I and Bush II also addressed school kids, without any sort of freak out happening, even when Reagan used the opportunity to push tax cuts.

I don’t know if racism is really at the heart of the Great Pandemonium regarding President Obama, as many leftist bloggers are suggesting. No doubt, some of that is true. I tend to think, however, they would have done this freak out no matter which Democrat became president. If Hillary Clinton was president instead of Barack Obama, I firmly believe these idiots would be doing their best impression of Dwight Frye as Renfield in the original Dracula (he was the bloke that went insane and kept eating flys and spiders) to try to destroy her. The target itself doesn’t really matter. It’s the fact that a target exists.

I am past the point of anger and frustration at these lunatics. I think I have now officially reached despondency. I don’t see these people ever pulling back, ever changing their tactics. Their entire reason for existence is to destroy “the enemy.” When their enemy is the democratically elected government of the United States, it seems this country has no chance whatsoever to actually ever address any of the myriad of problems that we face. Everyone is too busy reacting to and fending off the Beserker hoards.

(Great visual image copped from Watertiger at Dependable Renegade, link at right.)
Posted by zeppo at 7:18 AM