Rightwing lunatics with a national platform are now calling for a military coup in the U.S. 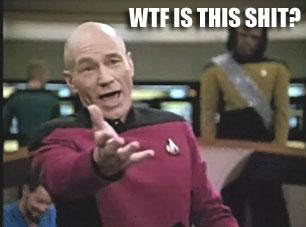 From Crooks and Liars:

From John L. Perry at Newsmax:

There is a remote, although gaining, possibility America's military will intervene as a last resort to resolve the Obama problem. Don't dismiss it as unrealistic.

America isn't the Third World. If a military coup does occur here it will be civilized. That it has never happened doesn't mean it wont. Describing what may be afoot is not to advocate it. So, view the following through military eyes:

Did you get that? Perry doesn't advocate a military overthrow of the Obama administration, he's...just sayin'. Does anyone doubt that we'll see "military coup" signs at the next tea party? Mr. Perry believes he has the pulse of our military, but his assumptions go beyond the pale, straining the limits of credulity:

Top military officers can see the Constitution they are sworn to defend being trampled as American institutions and enterprises are nationalized.

They can see that Americans are increasingly alarmed that this nation, under President Barack Obama, may not even be recognizable as America by the 2012 election, in which he will surely seek continuation in office.

They can see that the economy ravaged by deficits, taxes, unemployment, and impending inflation is financially reliant on foreign lender governments.

I realize that pretty much 100% of my posting of late has been exlusively about how insane the conservatives of this country have become since Barack Obama became president. But I can't really seem to help myself. At first, I thought it was going to be fun to watch. Now, I just sit back and watch with dispair. I hadn’t realized how low what passes for rational discourse by what passes for rational adults could go. And, I am absolutely positive that it will continue to decline.

I just saw at Talking Points Memo that Newmax has taken down this post. And, of course, the author of this piece of dreck comes out with the same old song and dance. He wasn’t advocating a military coup. He was just talking about the possibility. Yeah. Uh-huh.

I just don’t get what these people think they are seeing. What could President Obama possibly be doing that would somehow justify a military coup? What? What has got these people so upset that they truly believe that the President of the United States is “trampling the Constitution?” What causes them to weep during townhalls and state that they “want their country back?” President Obama wants to make sure that everyone in the country has adequate healthcare coverage and that the current system doesn't drive the huge deficit even higher than it already is? That the President is trying to save the economy from going under like the Titanic after it hit that iceberg? What? Yeah, I understand all about racism masquareding as political protest. I understand sore losers who think that Republicans should win every single election. I understand people with an overblown sense of entitlement being upset when they see those entitlements slipping away from them. But really. Some of this stuff is absolutely crazy.

I have a question for these asshats. Well, I have several hundred, actually. It was somehow the end of the world when Natalie Maines of the Dixie Chicks said, while performing in London, that they were ashamed that President Bush was from Texas. But it’s O.K. to have web based polls to vote on whether Barack Obama should be killed? It’s O.K. to talk about secession from the country, which is about as un-patriotic as one can get, I would think. It’s fine to openly discuss the possibility of a military coup? Je-ZUZ. But the question I was thinking of is this. If somehow conservatives were successful in removing Barack Obama or getting him to step down, would they then be satisified with President Joe Biden? That would somehow make everything O.K.?

Captain Picard grabbed from Watertiger at Dependable Renegade.
Posted by zeppo at 7:53 AM