An example of corporate fascism; how Bill O’Reilly made JetBlue become a foot soldier in his war against “liberals” 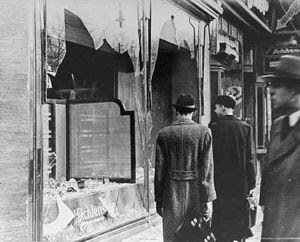 One more day, one more outrage. I’ll try to keep the background info short. The DailyKos web site has been, for the last two years, organizing a yearly convention where liberals and Democrats of all persuasions get together and listen to speakers, famous and otherwise, and have open discussions. It sounds fascinating. I read many great things about the one last year in Vegas, I believe it was. I was very envious I wasn’t there. This year’s YearlyKos in is Chicago.

This year, Markos lined up some corporate sponsorship. JetBlue was one. They weren’t doing much, other than had an advertisement on the DailyKos web page, and were offering a couple of free tickets to the event. Well, the right wing nutjobs went crazy, Bill O’Reilly and Michelle Malkin among them. O’Reilly was on his radio program, calling the DailyKos web site “just the same as the Nazis” and pounded on the theme that JetBlue was essentially sponsoring Nazis. He kept repeating this, over and over. Initially, JetBlue was going, “What are you talking about? This is a good business opportunity, liberals take airplanes as well, and we are just trying to get out name out there.” Now, they have totally caved in and removed all contacts with the DailyKos.

Here’s a link to a story in Americablog that will give you more background, if you need it.

Once again, we are treated to the spectacle of these right wing a**holes with a loud mouth, a megaphone and a soapbox upon which to stand accusing the left of something that they are themselves, here and now, actively engaged in. The DailyKos same as a Nazi website? You have got to be kidding me. It is mostly dedicated to promoting and electing Democratic candidates for local and national offices, and, along with others like Firedoglake, is doing groundbreaking work in getting donations for political candidates they are pushing. I find quite a lot of the articles at DailyKos rather boring, lots of statistics about how much money was raised and what the breakdown of this or that is. Yes, there are some very hard-hitting anti-Bush and anti-wingnut articles. But Nazis? Please.

What I see is that O’Reilly and Malkin are doing the exact same thing that they are accusing the left of doing. They are out and out vilifying their enemies, threatening multi-million dollar corporations with “bad publicity”, villains by association, unless they conform to the wishes of these dangerous lunatics. How are these people being allowed to get away with stuff like this on national radio and TV? Why does no one, except the liberal blogs and publications, call these creeps on their unacceptable behavior? Who are these people? This is outrageous behavior by public figures.

I am wondering how long it will be before O’Reilly, Shawn Hannity, Michelle Malkin, Ann Coulter and all the rest of these crazy people who make money for their media conglomerates start calling for their followers to start painting a big “L” on the houses of liberals, or smashing in the windows of businesses run by or catering to liberals. Because, in truth, the only people acting like Nazis right now are the aforementioned conservatives nutcases.

Photo from Wikipedia, re. Kristallnacht
Posted by zeppo at 7:15 AM