The chickens of financial imprudence are coming home to roost with a vengeance. 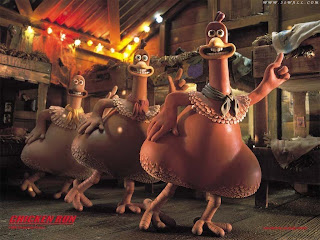 I will be the first to admit that I am very unlearned in financial matters. I think that was one reason I went into engineering in college. I realized my financial knowledge, and interest, pretty much maxed out at balancing my own budget. Over my lifetime, I have actually been very good at that. I seem to have an inborn sense of what is and is not wise to do when it comes to money. But that is about the extent of my knowledge.

However, I don’t feel that is in any way a limiting factor when it comes to commenting on the insanity going on in Wall Street and the financial markets. Really, doesn’t having a blog really compel you to say something, in no uncertain terms, about a subject that you know next to nothing about? Everyone else does it. My only variation on this is that I am saying, up front, that I have absolutely no credentials on this very complex topic.

That said…, Jesus H. Christ!! The collapse of Bear Stearns, Lehman Bros., Merrill Lynch, along with the takeover by the federal government of Fanny Mae and Freddy Mac, all in the space of a couple of weeks, has the look and feel of a major meltdown of our financial institutions. (I completely forgot about Washington Mutual and AIG. Just too many to keep up with, which isn’t a good sign.) To the know-nothing outsider like me, it is mind-bending in the extreme. How can these major, major players resemble the Titanic after ramming an iceberg? This is not doing much to instill confidence in much of anything these days.

Here and here are a couple of nice posts from Americablog that do a good job in summarizing the “what?” and “what the heck?”

Here is a chilling quote from Part 1 of these two articles.

Let them fail or else they will drag us all under water with bad debt. Investor Wilbur Ross is saying that we could possibly see 1,000 banks in US fail as they did after the John McCain Keating Five/S&L crisis in the 1980s. The flashy banks and financial services companies all wanted the rugged free enterprise system for those with the least but CEO socialism for those at the top. Let them go under and let them live with the consequences, just as the rest of Americans who have been on the receiving end of the credit crisis.

1000 banks… Whew. This highlights one thing, among many, that I find completely baffling about this. Conservatives still insist that government regulation of industry, ANY industry, is a bad thing and everything will be just dandy if everyone would just leave business alone. These people are in deep, deep denial. There just seems to be a fundamental disconnect operating in the psyche of Corporate America. Regulation, and anything else that might impede on the ability of Corporate America to make as much money has possible, as fast as possible, is a bad thing. Yet, no matter how irresponsibly things are run, there are always reasons why it is not the business of government to try to put the brakes on. Yet, when these businesses finally DO get into deep trouble, then it immediately becomes the business of the federal government to go do something to prop them up or bail them out. Why is that? Yes, I know that lost jobs and lost assets could really cause some turmoil. But if government, by definition, can play no role in how these companies are being run, why does it become the role of the government to help them out when they finally blow it up? That makes no sense. Yet, that is how it is supposed to work in Universe Republican.

Here is a good windup, as supplied by Pandagon.

We’re supposed to believe the following about the economy, courtesy of the GOP:

1. Everything’s fine, except the things that aren’t.

2. Everything that’s fixable is fixable by tax cuts. And those things are massive problems that could destroy American society.

3. The other things that aren’t fixable are Bill Clinton’s fault.

UPDATE: Well, that didn't take very long, did it? The federal government now owns AIG, including all their bad debt. How is this different from socialism? Why is it just the most terrible thing to contemplate government run healthcare, but it is fine to have the federal government owning Fannie Mae and Freddie Mac and now an insurance giant?
Posted by zeppo at 6:30 AM