What a bizarre political world we live in. 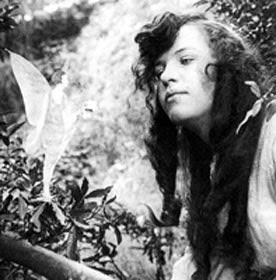 I had thought that things couldn’t get much worse then under the Bush administration. I was wrong. It seems like the Bushies, even though they told and got away with some incredible whoppers, at least had the decency to come up with crap that, on the surface, sounded remotely plausible. The McCain campaign seems to have totally done away with that concept. It now doesn’t matter that many, or even most, people in the country are in total disbelief of the crap they are flinging. So long as they a) energize their base and b) sway some undecided and intellectual incurious voters, they feel they might just pull out a victory. It’s pretty damn obvious that the Republicans can’t run on their record of the past eight years.

The one bright spot in all of this is that the national media is now sitting up and taking notice. That’s a rather recent development, except of a few, shining examples. McClatchy newspapers seem to be very good at reporting on the real stories and not buying into the incredible amount of B.S. that has been thrown around. However, what is still not happening is that the media refuses to call all of this what it really is. Any other euphemism will work, so long as they don’t have to use the word “lie”. Look at the example below. It is from the AP, via the Seattle P-I. Note the language used: “factual holes”, “skirting of the facts” and “aggressive claims.” I like that last one. Could be true, could be false, we’re not making any rash judgments. They are just “aggressive”. Hah.

It accuses Democrat Barack Obama of calling Palin a pig, which did not happen.

Even in a political culture accustomed to truth-stretching, McCain's skirting of facts has stood out this week.

It has infuriated and flustered Barack Obama's campaign, and campaign pros are watching to see how much voters disregard news reports noting factual holes in the claims.

McCain and his running mate, Palin, the Alaska governor, were defiant this week in the face of fact-checking news reports. Day after day, she said she had told Congress "no thanks" to the so-called Bridge to Nowhere, a rural Alaska project that was abandoned when critics challenged its costs and usefulness. For nearly a week, major news organizations had documented that Palin supported the bridge when running for governor in 2006, and she turned against it only after it became an embarrassment to the state and a symbol in Congress of out-of-control earmarking.

The McCain-Palin campaign made at least three other aggressive claims this week that omitted key details or made dubious assumptions to criticize Obama.

It equated lawmakers' requests for money for special projects with corruption, even though Palin has sought nearly $200 million in such "earmarks" this year.

It produced an Internet ad implying that Obama had called Palin a pig when he used a familiar phrase, which McCain also has used, about putting "lipstick on a pig" to try to make a bad situation look better.

McCain supporters said Obama was slyly alluding to Palin's description of herself as a pit bull in lipstick, but there was nothing in his remarks to support the claim. Obama accused the GOP campaign of "lies and phony outrage."

The charge triggered the sort of headlines becoming increasingly common in major newspapers and wire services monitoring the factual content of political ads and speeches.

Major news organizations have written such fact-checking articles for years. "But in the last two election cycles, the very notion that the facts matter seems to be under assault," said Michael Delli Carpini, an authority on political ads at the University of Pennsylvania's Annenberg School for Communication.

"Candidates and their consultants seem to have learned that as long as you don't back down from your charges or claims, they will stick in the minds of voters regardless of their accuracy or at a minimum, what the truth is will remain murky, a matter of opinion rather than fact," he said.

With Palin giving McCain's campaign a boost in the polls, Obama supporters are nervously watching to see what impact the latest claims will have.

Surveys already show that most people believe Obama would raise their taxes -- a regular McCain claim -- even though independent groups such as the Tax Policy Center concluded that four out of five U.S. households would receive tax cuts under his proposals.

One person who IS calling it as he sees it is Paul Krugman of the NYTimes. Here is a bit of his latest column.

Dishonesty is nothing new in politics. I spent much of 2000 — my first year at The Times — trying to alert readers to the blatant dishonesty of the Bush campaign’s claims about taxes, spending and Social Security.

But I can’t think of any precedent, at least in America, for the blizzard of lies since the Republican convention. The Bush campaign’s lies in 2000 were artful — you needed some grasp of arithmetic to realize that you were being conned. This year, however, the McCain campaign keeps making assertions that anyone with an Internet connection can disprove in a minute, and repeating these assertions over and over again.

And now the team that hopes to form the next administration is running a campaign that makes Bush-Cheney 2000 look like something out of a civics class. What does that say about how that team would run the country?

What it says, I’d argue, is that the Obama campaign is wrong to suggest that a McCain-Palin administration would just be a continuation of Bush-Cheney. If the way John McCain and Sarah Palin are campaigning is any indication, it would be much, much worse.

That’s about how I feel about it myself. I never would have believed that we might end up with an administration worse than Bush 43. I’m beginning to think I am wrong. This could be an unmitigated disaster if McCain/Palin are elected. They aren’t even embarrassed or bother to change their stories when they are caught lying.
Posted by zeppo at 10:54 AM