O.K., everyone over that Post-Christmas funk?

I think I am. All the presents are unwrapped and stowed in their proper places. All those annoying television commercials for Christmas gifts (e.g., diamond necklaces that say “I love you”, electric razors) that you never see any other time of the year are off the tube. Yeah, the kids are still out of school and we are still looking toward New Year’s, with its’ bacchanalian excesses and glut of mostly meaningless football games. But, we’ve pretty much shot the wad, and are faced with the inevitable challenge otherwise known as “your normal life”.

I really can’t imagine that 2007 is going to be much of an improvement over 2006. After all, Bush and his gang of street thugs are still in power. True, the Dems are going to take over the House and Senate in very short order, and Rumsfeld is gone. Those are hopeful signs. But I am filled with foreboding about what Bush might actually do in his last couple of years to “secure his place in history”. I really think that is mostly what is on his mind these days. He keeps comparing himself to Truman, who was unpopular during the last years of his presidency but history, for the most part, has vindicated. Bush says he is reading about Lincoln. This rather tells me what in on his rather shallow mind. He wants to be remembered, and remembered warmly, among the ranks of the great presidents. And I think he will do a lot in order to secure that. I mean, have we ever had a president in recent years who was planning on building himself a half-billion dollar library intent on securing his legacy, with two years to go in office? Tell me this guy isn’t worried about how history will treat him.

To me, all this seems like maybe the ancient Roman emperors and Egyptian kings who build massive monuments to themselves, part vanity, part in hopes of influencing the opinion of the gods and the populace, in the attempt to secure their rightful place in history. I think that is how Bush views himself. His main concern is not the anarchy that he has let loose in Iraq, or the implications on the entire Middle East. He is worried about how he will be treated by future historians.

This is what is behind his idea for a “surge” of troops in Baghdad. This is his last gasp at winning, even if we now have absolutely no idea whatsoever about what victory might look like. We don’t really even know whom we are fighting anymore. One day, it might be the Sunnis that are shooting at us. The next, it is the Shiites. We are “fighting ‘em over there so we aren’t fighting ‘em over here”, which is just about an insane reason as I can think of. So, our troops are sitting around over there like sitting ducks to be used as target practice for people with a grudge, so those self-same people with a grudge don’t come over here and plant IED’s in the streets of Lompoc or Grand Rapids? That is what our troops are doing?

I have a feeling that what history will be doing with Bush, given that we don’t have a complete breakdown as a country and end up like some Margaret Atwood novel, is a lot of psychoanalysis. They will be asking questions about both Bush and this country, the same way they currently ask questions of the McCarthy era or why were all those Japanese citizens interred in camps during WWII. Historians will be asking what kind of insanity was loose in this country in the first decade of the 21st century that got us into this mess. What kind of psychology drove Bush down the path that he is currently on? Was it all just a sublimated competition with his father? Was the fact that he is was a non-recovered ex-alcoholic with a God complex the thing that drove this country to bankrupt itself and destroy its’ moral standing in the world?

I hope that these are the questions that future historians ask themselves. I just wish more people were asking them right now.
Posted by zeppo at 8:22 AM No comments:

The new buzzword of the month: Surge!

I am so tired of this. After an election that was as clear-cut as elections are going to be these days, all the powers that be in the White House and the Republican echo chamber have decided that the best move the U.S. can make is to vastly INCREASE the size of our military in Iraq. No matter that we have no idea what we are doing there now. We just need more troops for some as yet undefined mission that will undoubtedly result in many more causalities on all sides, including innocent Iraqi civilians. However, since we have a new cool buzzword that we can throw around, it all sounds very Important, Official, and Planned for Victory. Given how long the last buzzword hung around (“benchmarks”, remember that one?), I seriously doubt pulling some fancy new buzzword out of the hat will make a significant impact on the overall outcome. But it does keep the mainstream media enthralled for a while.

One question that is being asked now and again is, where are these new troops going to come from? All of our military is pretty much engaged already, either deployed in Iraq, waiting to be deployed, or in the short and getting shorter rotation period between their multiple deployments. The only thing that anyone can possibly do is to, once again, shorten the non-deployment time when the troops are recovering at home and to break down yet more barriers so that more National Guard and Reserves can be used as cannon fodder. We do not have the military to be used in this manner! We just do not! This is insane.

I was only in my pre- and early teens during the height of the Vietnam War, so I don’t believe I have a good basis for a side-by-side comparison. But it certainly seems that we are in the midst of the same insanity that ran rampant in the war planners in that little fiasco. And we all know how well that one turned out.
Posted by zeppo at 7:56 AM No comments:

Well, so much for the hoping that the Baker Report would make Bush change his mind about Iraq.

An article in the WashPo sort of sets up the coming scenario. Bush is going to reject most, if not all, of the recommendations out of the Baker Commision and continue on with "stay the course", except he won't call it that, of course.

“President Bush vowed yesterday to come up with 'a new strategy' in Iraq but expressed little enthusiasm for the central ideas of a bipartisan commission that advised him to ratchet back the U.S. military commitment in Iraq and launch an aggressive new diplomatic effort in the region. . . .

"The emerging debate over the report sets a baseline for the administration's own internal review of Iraq policy, which officials hope to complete in time for Bush to give a speech to the nation before Christmas announcing his new plan for Iraq. . . .

"Yet, while the president called the Iraq Study Group's ideas 'worthy of serious study,' he seemed to dismiss the most significant ones point by point. He noted that Blair is heading to the Middle East to promote Arab-Israeli peace, but he gave no indication that he plans an aggressive new push of his own as proposed by the commission. Bush said he, too, wants to bring U.S. troops home but noted that the group qualified its 2008 goal by linking it to security on the ground.
"And he repeated his refusal to talk with Iran and Syria unless Tehran suspends its uranium-enrichment program, Damascus stops interfering in Lebanon and both drop their support for terrorist groups."

Eugene Robinson agrees, and comments how the report is a condemnation of how Bush and his cronies have run the war. And it doesn't even get into why we went there in the first place, which is a fiasco all by itself.

"It turns out that James Baker, Lee Hamilton and the other members of the group didn't have to worry about holding readers' attention. The 96-page main report -- an attempt to find a way for George W. Bush to get us out of his Iraq debacle without provoking World War III -- is full of solid reporting and analysis, with surprises along the way that make your jaw drop.

"The report is harshest on the president's "stay the course" option, pointing out that the longer we remain, the worse the situation in Iraq seems to get -- and the more American troops are maimed or killed.

"The document concludes with 79 recommendations, most of which are eminently reasonable and none of which will get us out of Iraq overnight. The president will probably reject some out of hand -- talking directly with Syria and Iran, for example. And while it would be good if the president finally realized that solving the Israeli-Palestinian conflict would lower the temperature throughout the Middle East, I'm pretty sure it will take more than a phone call to persuade the Israeli government to give up the Golan Heights."

George Bush has shown, over and over, he has absolutely no desire, or maybe even the ability, to do any sort of self-introspection or self-criticism. There was no real reason to believe, in spite of all the nice words of bi-partisanship and “Baker saving the Bush family bacon”, that Bush would ever really change his view of anything once it has become established. This is especially true of Iraq, which is this administration’s crown jewel, like it or not. This is the matter upon which his administration will be judged, Katrina and tax-cuts aside. And he is not about to allow himself to view the debacle in Iraq as anything other than what he originally intended. Now, what exactly that was, I am not sure anyone but George Bush knows, since we have been handed so many stories that have constantly changed when the rationale for the last story started to fall apart.

If any other person in any other situation that didn’t involve being the President of the United States exhibited the same traits that Bush has done repeatedly, that person would have been removed from their position of power, such as CEO of a major corporation, and would also probably be directed to some sort of counseling. Bush is in some serious need of a psychological intervention. With that hypothetical “any other person” not being the POTUS, then the damage that the other person might inflict would probably be minimal at the national level. Oh, his workers would most likely be out of a job in short order, and the stockholders would be SOL. But the country’s military wouldn’t be coming apart at the seams and the reputation of the United States might still be intact around the world. However, with such a person actually being in charge of this country for eight long years, the damage that will have resulted from Bush’s psychological shortcomings will be lasting.
Posted by zeppo at 6:54 AM No comments: 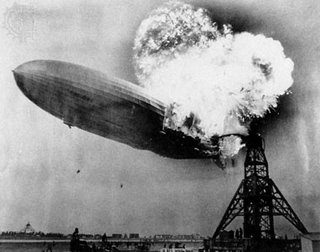 Just sort of...... burned out. Ever since the election results, I have had a hard time getting up any sort of enthusiasm for posting much. It all seemed rather an old rehash of things that other people have done, and done much better than I would have.

Plus, I am going on a business trip for a week. So, I won't be posting anything new for a while. If anyone is out there that checks in with any regularity, check back in about a week or so. I may have something new by then.