O.K., McCain is now on my “certifiably insane” list. 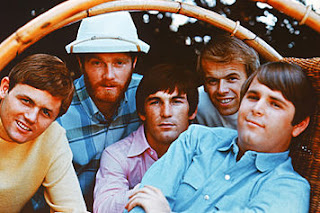 This is from The Times, which, given the unremarkable name, could actually be anywhere but I believe, given some of the context of the story, is in South Carolina.

Another man — wondering if an attack on Iran is in the works — wanted to know when America is going to “send an air mail message to Tehran.”

McCain began his answer by changing the words to a popular Beach Boys song.

Yes, ladies and gentlemen, here we have a “serious” candidate for the office of the Presidency of the United States, arguably the most powerful elected position in the entire world, and this clown is singing an old Beach Boys song, altering the words that the U.S. should just bomb Iran.

I guess Brian Wilson, way back in the groovin’ 60’s, didn’t really understand that he would be instrumental in setting war policy in the next century.
Posted by zeppo at 6:25 PM