Well, this will be QUITE a hole in the ground. 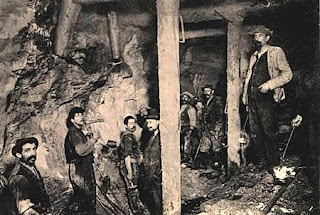 The opportunity to make money strikes again. From the Seattle Times:

Russia plans to build the world's longest tunnel, a transport and pipeline link under the Bering Strait to Alaska, as part of a $65 billion project to supply the U.S. with oil, natural gas and electricity from Siberia.

The project, which Russia is coordinating with the U.S. and Canada, would take 10 to 15 years to complete, Viktor Razbegin, deputy head of industrial research at the Russian Economy Ministry, told reporters in Moscow on Wednesday. State organizations and private companies in partnership would build and control the route, known as TKM-World Link, he said.

A 3,700-mile transport corridor from Siberia into the U.S. will feed into the tunnel, which at 64 miles will be more than twice as long as the underwater section of the Channel Tunnel between the U.K. and France, according to the plan. The tunnel would run in three sections to link the two islands in the Bering Strait between Russia and the U.S.

I was also amused to see that Czar Nicholas II had approved construction of such a tunnel under the Bering Strait, but had his grand little plan interrupted by World War I. And then other things, such as his entire family being rounded up, exiled, and then shot probably had something to do with him not picking up the project again. Damn Bolsheviks.
Posted by zeppo at 6:27 PM