What are the first steps on the way to becoming a police state? 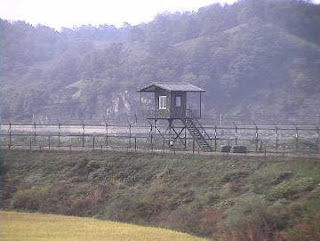 Control the population. First, controls its communications, control movement of its people. When these have been fairly well established, then you can really start up the next phase, which is Orwell’s “thought control.” Control what people are allowed to say, what they are allowed to read, what they are even allowed to think. We have seen how the Bush administration has been trying its hand out on the first item. Here’s something about how to control movement.

This from Andrew Sullivan, with a clickthrough to a blogger name of Balkin.

For those who do not know, Professor Murphy is easily the most distinguished scholar of public law in political science. His works on both constitutional theory and judicial behavior are classics in the field. Bluntly, legal scholarship that does not engage many themes in his book, briefly noted below, Constitutional Democracy, may be legal, but cannot be said to be scholarship. As interesting, for present purposes, readers of the book will discover that Murphy is hardly a conventional political or legal liberal. While he holds some opinions, most notably on welfare, similar to opinions held on the political left, he is a sharp critic of ROE V. WADE, and supported the Alito nomination. Apparently these credentials and others noted below are no longer sufficient to prevent one from becoming an enemy of the people.

"On 1 March 07, I was scheduled to fly on American Airlines to Newark, NJ, to attend an academic conference at Princeton University, designed to focus on my latest scholarly book, Constitutional Democracy, published by Johns Hopkins University Press this past Thanksgiving."

"When I tried to use the curb-side check in at the Sunport, I was denied a boarding pass because I was on the Terrorist Watch list. I was instructed to go inside and talk to a clerk. At this point, I should note that I am not only the McCormick Professor of Jurisprudence (emeritus) but also a retired Marine colonel. I fought in the Korean War as a young lieutenant, was wounded, and decorated for heroism. I remained a professional soldier for more than five years and then accepted a commission as a reserve office, serving for an additional 19 years."

"I presented my credentials from the Marine Corps to a very polite clerk for American Airlines. One of the two people to whom I talked asked a question and offered a frightening comment: "Have you been in any peace marches? We ban a lot of people from flying because of that." I explained that I had not so marched but had, in September, 2006, given a lecture at Princeton, televised and put on the Web, highly critical of George Bush for his many violations of the Constitution. "That'll do it," the man said. "

"After carefully examining my credentials, the clerk asked if he could take them to TSA officials. I agreed. He returned about ten minutes later and said I could have a boarding pass, but added: "I must warn you, they’re going to ransack your luggage." On my return flight, I had no problem with obtaining a boarding pass, but my luggage was "lost." Airlines do lose a lot of luggage and this "loss" could have been a mere coincidence. In light of previous events, however, I'm a tad skeptical."

"I confess to having been furious that any American citizen would be singled out for governmental harassment because he or she criticized any elected official, Democrat or Republican. That harassment is, in and of itself, a flagrant violation not only of the First Amendment but also of our entire scheme of constitutional government. This effort to punish a critic states my lecture's argument far more eloquently and forcefully than I ever could. Further, that an administration headed by two men who had "had other priorities" than to risk their own lives when their turn to fight for their country came up, should brand as a threat to the United States a person who did not run away but stood up and fought for his country and was wounded in battle, goes beyond the outrageous. Although less lethal, it is of the same evil ilk as punishing Ambassador Joseph Wilson for criticizing Bush's false claims by "outing" his wife, Valerie Plaime, thereby putting at risk her life as well as the lives of many people with whom she had had contact as an agent of the CIA. ..."

I don’t know what I find more outrageous; the fact that this event (and others much like it that I have read about) even occurred, or the fact that this will get exactly zero exposure from our traditional media outlets. How in the name of all that is Holy can you ban people, in a supposedly free and democratic country, from getting on a commercial flight because they have attended a “peace march”? Isn’t this the kind of behavior we came to expect from places like Communist China or the Soviet Union? How does the FBI (which I am assuming is the government agency charged with collecting such information about individuals) even come up with a list of people “who have been at any peach marches”? Maybe a person was there with a friend, or was just curious.

(As an aside, my older brother, back in the radical 1960’s, once ended up in a picture on the front page of the local newspaper as being part of the leadership of the radical SDS (Students for a Democratic Society), when in actuality, he was just there because some friend invited him to the meeting and he had no idea what it was really about. He was never part of the movement. If that had happened in the United States of 2007, that may have been more than enough to get him on several lists that the government apparently maintains.)

And, for those of you who may harbor any delusions about whether or not these kinds of “enemies lists” are an incredibly bad idea that might get used in a very wrong manner, consider this. Once your name is on this “no fly” list, your name will pop out every single time you try to board a commercial flight. You will always be “requested” to speak to a gate agent before you are allowed to fly. Your luggage will always be searched. You have no rights in finding out how your name was placed on this list. You have no appeal rights. You have no way of removing your name from said list (unless, no doubt, you have some very heavy political connections with the right sort of friends). You are permanently considered to be a person who deserves to be scrutinized at every turn. If you aren’t an all-out Enemy of the State yet, it is only because you haven’t been trying hard enough.

Something like this MIGHT just be understandable, if it were to be used to keep suspected terrorists from boarding a commercial flight. However, at what point did someone decide that attending a “peace march” was so insidious, so perfidious, that this person should not be allowed on a flight for fear of endangering the public? If anything, I would have thought that someone interested in peace (that is, not being at war) would ALSO be interested in blowing up a jet airliner. As you see, it takes no time at all to undercut the argument that this list is being used to protect the flying public. It is a iron-fisted approach to punishing the Bush administration’s political enemies. There is nothing, at all, in there about protecting the public.

This represents just one of the many heavy-handed, overbearing and totally malicious ways that George Bush and Karl Rove have transformed our government, which is supposed to be “by the people and for the people” into something that is used to punish “enemies” and instill fear into the population of our own country.

Anyone who is not fearful of what this country could become in the very near future is probably part of the group that wants to change it, or else suffers from a congenital lack of imagination.
Posted by zeppo at 4:35 PM