Reality really is a bitch sometimes, isn’t it? 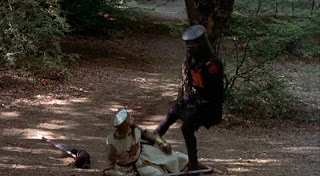 "I think they're in the last throes, if you will, of the insurgency." --Vice President Dick Cheney, on the Iraq insurgency, June 20, 2005

"Ladies and gentlemen, these are not assertions. These are facts, corroborated by many sources, some of them sources of the intelligence services of other countries." –Secretary of State Colin Powell, testifying about Iraq's chemical, biological, and nuclear weapons capabilities before the United Nations Security Council, Feb. 5, 2003

"British intelligence has learned that Saddam Hussein recently sought significant quantities of uranium from Africa. Our intelligence sources tell us that he has attempted to purchase high-strength aluminum tubes suitable for nuclear weapons production." –President Bush, 2003 State of the Union Address

Labels: government out of control, media not going the job, movies