“I’m for Mike Huckabee, as he is the only true Christian running for president.” 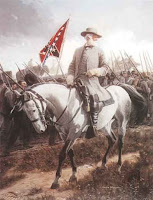 I don’t know how many times I have seen a statement similar to this one in print in the last couple of weeks. Mike Huckabee is certainly an interesting phenomenon, and one that might go along way towards splintering the current Republican party into about three pieces. It will be quite interesting to see how this all goes down in the next few years. Yes, the next year prior to the election will be VERY interesting, indeed. However, if Huckabee is indeed the Republican candidate, which is no sure thing, and he loses big time, then the years AFTER the general election will also be very interesting. The uneasy coalition of neocons (who are pretty much only interested in the U.S. throwing its weight around militarily around the world), theocons (who seem to be intent on implementing a theocracy in the U.S.) and the followers of Grover Norquist (who want the U.S. government to essentially go away, and to never pay taxes, ever again) will have shown that it isn’t working anymore. The theocons are wanting everything that the other groups have been promising them for the last 25 years, in order to get their votes.

But that isn’t the point of this post. I am writing about this absolutely insane idea that many Christians seem to hold that, if someone professes to be a good Christian and that Jesus is his main guiding light in everything, including politics, then that person can do no wrong. Never. It’s always the “liberals” and “secular progressives” (the worst thing they can think of to call someone) that are the evil ones, the ones that are the root of all problems. They thought this way with George Bush, even with all the myriad of his obvious faults that have come to light in the last eight years, and they think this way with Mike Huckabee. Even the story that Huckabee freed a serial killer and rapist while governor of Arkansas, just because one of the victims was a distant relative of Bill Clinton and Huckabee was looking to score some political points, and that person went on to rape and kill at least one, maybe two, more people after he was released makes absolutely no difference to the “true believers”.

Which brings us to the genuinely repellent topic of Michael Huckabee. The fact that he won the Iowa caucus chills me to the bone. This is a ruthless, ignorant, and dangerously opportunistic fanatic who is so unqualified for the presidency that no one in the media should have returned his calls. And they still shouldn't.

This is a man so bereft of character he actively worked to free a serial rapist, a seriously deranged sociopath who had also been directly involved in a brutal murder. And why did Huckabee proactively seek Wayne Dumond's freedom? For one reason only: Because his release had become a rightwing cause celebre. Sure enough, soon after Huckabee's efforts succeeded in returning Dumond to the outside world, Dumond raped and murdered at least one, if not two women.

Huckabee's championing of Dumond's release - Huckabee never read the court documents or appeals from Dumond's victims - is enough to demonstrate that he has neither the judgment or moral character to be a dog catcher, let alone president. But since then, Huckabee has made it his business repeatedly to lie about his involvement in Dumond's release - which would never have happened without his efforts. So let's not mince words here:

Huckabee is hardly a better candidate for president than Wayne Dumond himself would be, if he were still alive.

It is said in his defense that Huckabee has only slept with one woman since he married (and for all I know, maybe his whole life). He doesn't drink, and he doesn't smoke and he reads the Bible. In other words, Huckabee meets the minimum standards to be a fundamentalist Christian preacher, even if these qualifications are mostly honored in the breech. But whether one finds such behavior laudable or pathetically stunted, they are irrelevant. They are hardly positive character traits for a US president. Sober judgment, however, is. But Huckabee has none. Integrity is. But Huckabee has none.

Some of the worst crimes against humanity have been carried out by people who were absolutely certain they were carrying out “God’s Will”. I won’t go into all the obvious examples again. I will pull one out of somewhat recent (given the length of human civilization) American history. General Robert E. Lee was in charge of the military of the Confederate States of America. He was, by all accounts, a God fearing person whose motto was “God, Family, and Virginia”. He firmly believed that God was on the side of the CSA and on his side, personally. He prayed constantly, seeking divine guidance in his struggle with the North, otherwise known as the government of the United States of America. Yet, this person was responsible for hundreds of thousands of deaths on both sides, and was essentially a traitor to his country. Yet, he was convinced that God was on his side, as were all his followers.

You can see how well that all turned out.

The lesson that is constantly forgotten is that being a Christian does not automatically make you infallible or even “a good person”. The very fact that Christians see other Christians as being infallible make them blind to faults that are obvious to everyone else.

UPDATED: More on Huckabee and Southern Baptists from Frank Schaeffer at HuffPo.

Mike Huckabee wants to be our president. He doesn't know about foreign policy. But he believes every word of the Southern Baptist interpretation of the Bible. Here is what he believes. God is angry with us and has always been. He was pissed off with us from day one. He was so pissed off that He wrestled with making a choice between killing all of us in a flood or saving just one family -- Noah's -- so that later God could sacrifice His only Son to save everyone descended from the one family he didn't kill and/or send them to hell for eternity. God did this because Adam and Eve, not to mention Noah's great, great grandchildren-that's you and me-didn't live up to God's pre-creation expectations. Cheerful, huh?

I was a zealous evangelical back in the 1970s. When you are a zealous anything -- evangelical, Marxist, feminist, capitalist, Democrat, Republican, whatever-you express your zeal by lying. The lie is always the same lie: to say that you're certain about things, that you are right, and others wrong. They are so wrong that they are evil! This is a lie because truth is elusive. Nothing is as simple as any zealot, of any persuasion, thinks it is.

Huckabee represents the half of us who are waiting for Jesus to "rapture" us and believe that the other half are second class citizens that God is just biding His time to gleefully destroy and torture for eternity. Thanks but no thanks Iowa.
Posted by zeppo at 9:58 AM