This kind of person just makes me physcially ill to my stomach. 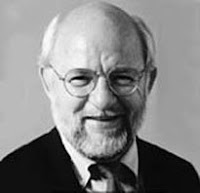 Ed Rollins has been in politics for quite some time and best known for running Ronald Regan’s re-election campaign in 1983. He is now running Mike Huckabee’s campaign. Here is a little snippet from Rawstory that illustrates the mentality of these people.

South Carolina could present Rollins with an opportunity to go negative, after Huckabee scuttled a similar plan in Iowa. At a press conference Monday, the affable former Arkansas governor and ordained minister told assembled reporters that he had decided at the last minute not to run an attack ad aimed at Mitt Romney. Huckabee then played the ad for the press -- just to prove he actually made one, he said.

The attack ad, which questioned Romeny's positions on gun control, abortion and the death penalty, was Rollins idea, and the strategist told the Washington Post that he relishes the underbelly of politics.

"To me, hitting somebody, knocking somebody down, is a great feeling," he said. "Firing out a negative ad just feels amazing." (Highlight mine.)

This toad “relishes the underbelly of politics”. He likes to get nasty with other human beings. It gives him “an amazing feeling”.

And this is the party of God and “family values”? Is it any wonder why the country is in such sad shape? People who enjoy destroying other people are running it. Yes, I agree that there are a number of Democrats who have the exact same mindset. However, this kind of behavior has become the norm in the Republican party in the last 12 years or so. They have perfected it. That is how they operate. In fact, they don’t know any other way.
Posted by zeppo at 8:07 AM