"I have given up hope for a loyal opposition. I'd settle for a sane one." 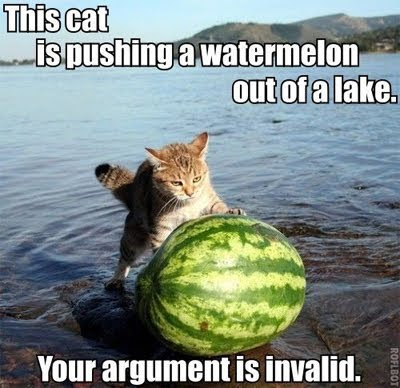 That is a line from a blog post from Michelle Cottle, via Washington Monthly.

My thoughts exactly. I apologize for having a difficult time getting off this particular subject, but this is really one of the most amazing things I have ever seen. One of our two major political parties seems to have lost its collective mind and has given itself completely into public displays of hysteria on a daily basis. They turn around and accuse Democrats of doing everything that they, themselves, are doing. They contradict themselves with ease, apparently not remembering that these days everything is captured on video or print and readily available on the web. They elevate the “common man or woman”, such as Sarah Palin and Joe the Plumber and put them on a pedestal while their senior, experienced politicians are put out to pasture, either voluntarily or forcibly. Intelligence, rational discourse and calmness are regarded with suspicion. The gut rules all, and its edicts must be followed.

The one unwritten/unspoken rule, as far as I can tell, that guides the actions of the Republican Party these days is if the Democrats are for/against something, then the Republicans are absolutely required to go ballistic and be against/for that same thing, every single time. Facts do not matter, common sense does not matter. There is no small issue. Everything must be fought to the death. Given that rule, then cooperation between the parties becomes absolutely impossible. The fact that the Democrats convincingly won the last two national elections has not made an impression at all. They still believe that they should be running the show, regardless of the election results, and are in the process of holding their breath until they turn blue until they get their way.

In addition to all of this, the country seems to have elected a black man as President. Many in this country view this as a positive step. However, for a great percentage of the Republican Party, this is nothing short of a catastrophe. All the racism that bubbled just underneath the surface of the Republican Party is now in full eruption. If we aren’t careful, this eruption, just like Mt. Vesuvius, threatens to bury everything in its path. This could very easily get out of hand and we could end up reliving the 1960’s.

I wish I had something insightful to say about all this. However, by training, I am an engineer, not a psychologist or sociologist. Engineers are trained to deal with facts and to solve problems based on those facts. We tend to have a hard time trying to solve problems based on emotion and a distortion of facts. In fact, that seems like the definition of insanity. To me, this country seems to be on something of a death spiral and I have no idea how we are going to get out of this.

Picture from Dependable Renegade.
Posted by zeppo at 8:37 AM